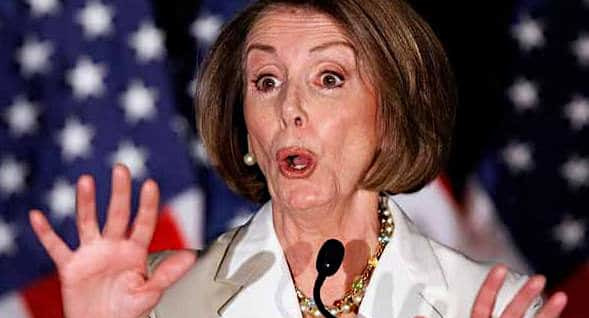 Later that evening on Fox News, Buck defended his vote by calling attention to the large amount of pork the Democrats had snuck into the bill.

“The president asked for $2.5 billion,” he said. “I would have supported that. The speaker decided to add all sorts of Christmas tree ornaments to this bill. It was unnecessary. It was too much money. And we never had a hearing to discuss it.”

“It depends on what you consider to be pork,” BizPac Review notes. “A review of the bill shows that it contains oodles of potentially questionable funding.”

For example, the bill includes the following foreign projects, which would seem to have nothing to do with preventing the spread of the virus within our borders:

The administration did not request any of this funding. President Donald Trump had requested for $2.5 billion to be distributed to the Centers for Disease Control and Prevention, as well as the National Institutes of Health.

“The White House request includes more than $1 billion to develop a vaccine, as well as money for therapeutics and stockpiles of protective equipment like masks,” NBC News reported in late February.

Republican Senate Appropriations Committee chair Richard Shelby also criticized the White House’s proposal, saying, “It seems to me at the outset that this request for the money, the supplemental, is lowballing it, possibly, and you can’t afford to do that. If you lowball something like this, you’ll pay for it later.”

Both Republicans and Democrats would go on to work together towards drafting an ostensibly bipartisan $8.3 billion coronavirus emergency funding bill which passed the House Friday.

In addition to the highly suspicious foreign spending, the bill also contains a last-minute package pushed by Democrats on behalf of “several leading healthcare technology organizations,” Healthcare IT News reports.

Pelosi and her colleagues honored the request by jamming an additional half a billion dollars into the bill.

Below, thanks to The Conservative Treehouse, is a breakdown of the spending bill.