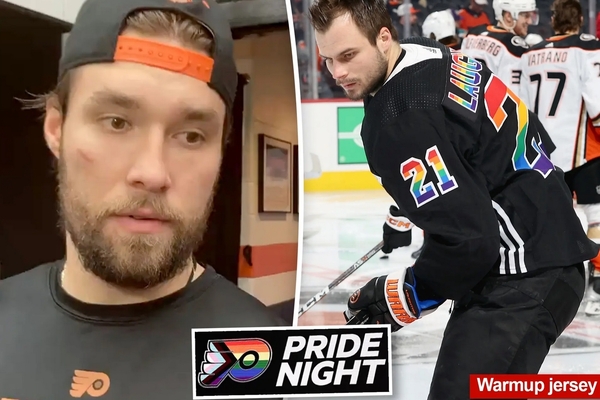 Provorov maintained that his Russian Orthodox religion prevents him from supporting the LGBTQ agenda and that is why he chose not to participate in the warmup session where the jerseys and sticks wrapped in gay pride tape were used to celebrate the team’s gay pride night, the New York Post reported.

The team put out a statement, but did not address the player’s actions directly.

“The Philadelphia Flyers organization is committed to inclusivity and is proud to support the local LGBTQ+ community,” the statement said. “Many of our players are active in their support of local LGBTQ+ organizations, and we were proud to host our annual Pride Night again this year. The Flyers will continue to be strong advocates for inclusivity and the LGBTQ+ community,” the Flyers said.

After the game Tuesday, Flyers coach John Tortorella said he respects Provorov and supports his decision.

Provorov is not the first pro hockey player to eschew support for the LGBTQ agenda. Back in 2013, Red Wings forward Pavel Datsyuk drew criticism when he said that he did not support gay marriage because of his Russian Orthodox religion.

About seven members of the Sea Eagles refused to wear the gay pride jersey during the teams game in July last year. Players added that the team planned its gay pride night without consulting them.