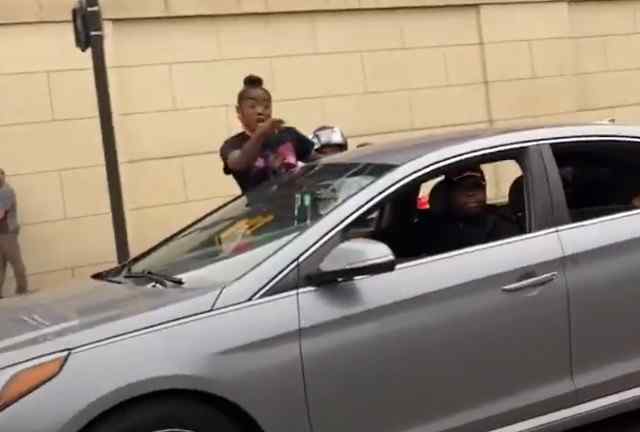 (Infowars) – Action 7 heads to Tulsa, Oklahoma where President Trump is set to hold his first rally post COVID-19 shutdown. Hundreds have already lined the streets as BLM protesters shout profanities at those camped out and COVID-19 doomsday signs line the streets.

Flashback: POTUS Warns “Lowlife” Agitators Before Tulsa Rally: “You Will Not Be Treated Like You Have Been In New York, Seattle, Or Minneapolis”

In an Executive Order, Bynum said the decision came “in the interest of national security” and said he “received information from the Tulsa Police Department and other law enforcement agencies that shows that individuals from organized groups who have been involved in destructive and violent behavior in other States are planning to travel to the City of Tulsa for the purposes of causing unrest in and around the rally.”

After President Trump learned of the “agitators,” he went to Twitter to warn them not to engage in the type of violence and destruction seen in other U.S. cities.

POTUS wrote, “Any protesters, anarchists, agitators, looters or lowlifes who are going to Oklahoma please understand, you will not be treated like you have been in New York, Seattle, or Minneapolis. It will be a much different scene!”

Trump 2020 Campaign Manager Brad Parscale talked with Fox News and downplayed the possibility of violence at the rally, saying, “I find Trump supporters to be very caring, loving people that care about this country… I have a great feeling that we’re gonna see 100,000 MAGA supporters down there just wanting to see this country reopen.”