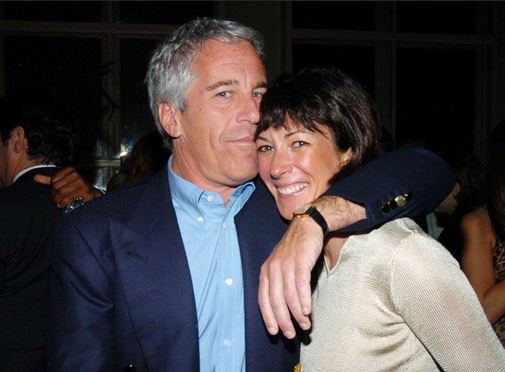 Now, her defense attorneys are trying to keep from public view sensitive evidence ahead of her trial — “including any nude photos and sexualized videos that will be marked ‘highly confidential,’ according to court documents,” the New York Post reports.

In a proposed protective order filed Monday, Maxwell’s attorneys detailed the discovery materials they believe should be kept out of public view and filed under seal in the Manhattan federal court case. This included the “highly confidential” information, which they said should not be “disseminated, transmitted, or otherwise copied.”

Maxwell’s attorneys and prosecutors had been working together to determine what discovery materials should be made public — and only disagreed on two details, according to the filing. One point they couldn’t agree on is whether Maxwell’s defense attorneys should be allowed to disclose the identities of victims mentioned in the discovery material who have already spoken on the record or to the media.

“The government’s proposed restriction is therefore ‘broader than necessary’ to protect the privacy interests of these individuals who have already chosen to self-identify, and will hinder the defense’s ability to conduct further factual investigation, prepare witnesses for trial, and advocate on Ms. Maxwell’s behalf,” her attorneys wrote.

A judge last week ruled that a slew of other documents that Maxwell was trying to keep hidden should be made public within a week.

Judge Loretta Preska said that 80 documents — which will run to hundreds of pages — should shed light on Jeffrey Epstein, who died before he could face trial on charges that he provided powerful men with underaged girls for sex.

They could include details about Maxwell’s sex life that her lawyers have previously tried to stop from being released, relating to a seven-hour, 418-page deposition Maxwell gave which her legal team said was ‘extremely personal, confidential.’ In filings Maxwell’s lawyers have called the depositions a ‘series of (efforts) to compel Maxwell to answer intrusive questions about her sex life’.

The documents will also include communications between Maxwell and Epstein from January 2015 when Virginia Roberts made explosive allegations about them in court papers. In the papers Roberts claimed she was forced to have sex with Prince Andrew three times when she was just 17 at Epstein’s command.

The charges against Maxwell were unsealed by the Justice Department earlier this month and they were stunning.

“In particular, from at least in or about 1994, up to and including at least in or about 1997, MAXWELL assisted, facilitated, and contributed to Jeffrey Epstein’s abuse of minor girls by, among other things, helping Epstein to recruit, groom, and ultimately abuse victims known to MAXWELL and Epstein to be under the age of 18,” prosecutors say in the lengthy indictment. “As a part and in furtherance of their scheme to abuse minor victims, GHISLAINE MAXWELL, the defendant, and Jeffrey Epstein enticed and caused minor victims to travel to Epstein’s residences in different states, which MAXWELL knew and intended would result in their grooming for and subjection to sexual abuse.”

Maxwell and Epstein “and others known and unknown, willfully and knowingly did combine, conspire, confederate, and agree together and with each other to commit an offense against the United States, to wit, transportation of minors,” the indictment said. Maxwell and Epstein “and others known and unknown, would and did, knowingly transport an individual who had not attained the age of 18 in interstate and foreign commerce, with intent that the individual engage in sexual activity for which a person can be charged with a criminal offense.”