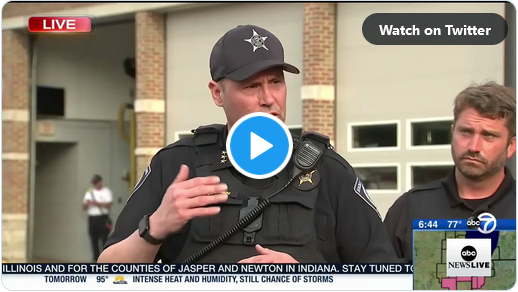 (breitbart) – The suspected shooter who opened fire on a July 4 Parade in Highland Park, Illinois, killing at least six and wounding 24 more, has been arrested by Chicago law enforcement.

The suspect fled after the arresting officers attempted to perform a traffic stop.

“He, initiated, attempted to initiate a traffic stop on that subject that’s something did flee. A brief pursuit went on. Ultimately they were able to get the subject stopped. Westley and 41 in Lake Forest, the subject was taken into custody without incident,” Jogmen continued.

“So at this point, I again want to reiterate, things are moving very quickly as they do, unfortunately, and we just want to keep you updated with the most relevant information,” Jogmen said. “The person of interest is now being taken to the Highland Park Police Department, where we’re going to begin the, you know, the next phase of the investigation is speak with this person to make sure we’re see if in fact, he is connected to this incident.”

The gunman was on the run for approximately eight hours after the shooting occurred around 10:15 a.m. ET.