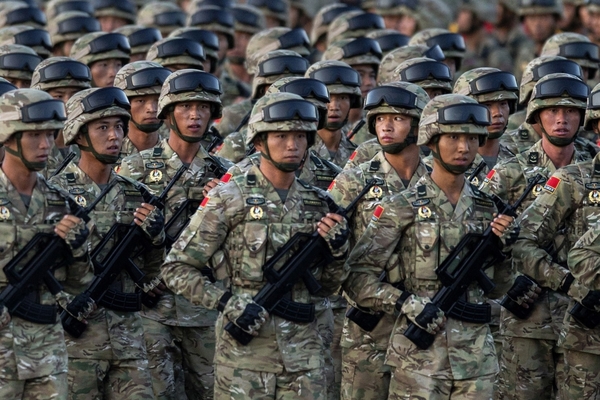 Pompeo’s statement came shortly after he completed a trip to Japan last week to meet with members of a new coalition of countries, including India, aimed at countering Chinese influence. He elaborated on the alliance in a separate interview with the Guy Benson Show on Friday.

“I was in Japan on Tuesday [October 6]. … I was with my foreign minister counterparts from India, Australia, and Japan – a format that we call the Quad, four big democracies, four powerful economies, four nations, each of whom have real risk associated with the threats imposed – attempting to be imposed by the Chinese Communist Party. And they see it in their home countries too,” he explained.

“The Indians are seeing 60,000 Chinese soldiers on their northern border,” Pompeo stated as an example.

Pompeo said that the Quad was working to draft a set of policies to push back against China’s growing influence on other countries.

“The tide has turned, and I think both ordinary people and leaders all across the world now are coalescing around and understanding that … we need to take seriously the threat from General Secretary Xi Jinping and the Chinese Communist Party, and we’re no longer going to allow them to run around cost-free and impose their vision for the future upon the West,” the secretary of state asserted.

India and China have been engaged in an ongoing border conflict along their western Himalayan boundary since June 15, when their respective border regiments clashed in the Galwan Valley of India’s northern Ladakh territory. The skirmish killed 20 Indian soldiers and an estimated 40 Chinese troops. It was the deadliest border conflict between the two nations in at least 45 years.