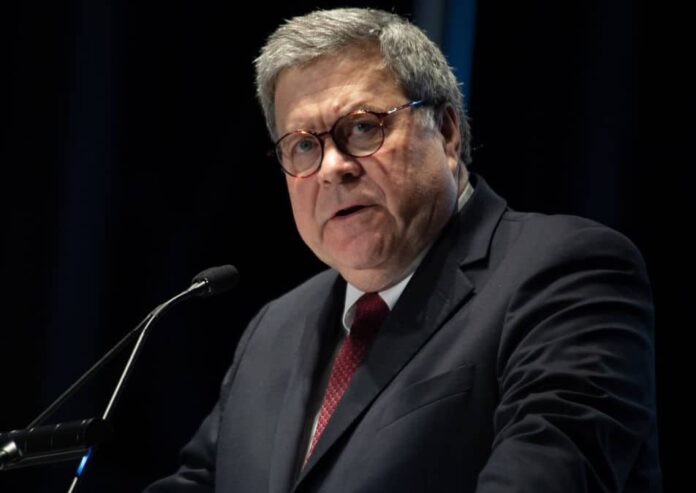 What is going on? Two words. Bill Barr. The Attorney General has pulled the trigger and altered the landscape in the Russiagate saga. Having been granted full authority by the President to declassify information, including intel from the CIA and the NSA, he has now acted in a powerful, but low key way.

The announcement that this is now a criminal investigation means that anyone, including FBI agents and CIA officers, who try to hold back information or hide information will be vulnerable to obstruction of justice charges. Criminal penalties attach.

Faced with possible charges of obstruction, FBI Director Christopher Wray and his sycophants last night folded like a cheap tent in a hurricane in terms of blocking release of the Inspector General report on FISA abuses. They also withdrew the FBI objections to the Exhibits that Sidney Powell had attached to her brief explaining why the FBI had engaged in criminal activity against her client, General Mike Flynn.

When Durham goes to the CIA, the DIA and the NSA asking questions and demanding documents they must cooperate or face criminal charges. That is the game changers. President Trump granted Bill Barr full authority to declassify any classified information. That includes anything collected by the CIA or the NSA. Neither intelligence agency can hide behind the claim that something is classified. If they try, they will face being charged with obstruction of justice.

Bill Barr has a spine of steel and plays by the book. He does not color outside the lines. I do not think the Deep State fully understands or appreciates the depth of peril they now face. The lies and the withholding of key documents that have been common practice over the last two and a half years will come to a screeching halt.

At some point the lawyers for the media companies will wake up and realize that spreading lies on behalf of people facing criminal charges could expose them to obstruction charges as well.

That is what last night means.

Take John Brennan, for example. He is on the hook for perjury. While under oath before Congress Brennan denied any knowledge of the Hillary-financed Christopher Steele dossier prior to December 2016. But that is not true. Look for Brennan to be taking the fifth and saying goodby to his TV gig. This is only the beginning.

The Deep State does not know the peril they now face.

** The Change in Status Gives Investigators Ability to Subpoena Witnesses, Use Grand Jury.

** NYT Reports that DOJ Durham probe has “shifted” from an administrative review of the Russia investigation “to a criminal inquiry.”

More from The New York Times, via Conservative Treehouse:

Papadopoulos was set up by CIA-FBI operatives during the 2016 election.

George Papadopoulos: John Durham’s investigation has officially morphed into a criminal investigation. When I said Mifsud and Downer were in on it together and Halper was there to provide cover, I was serious. Expect conspiracy charges to come out of this. Great day for America!