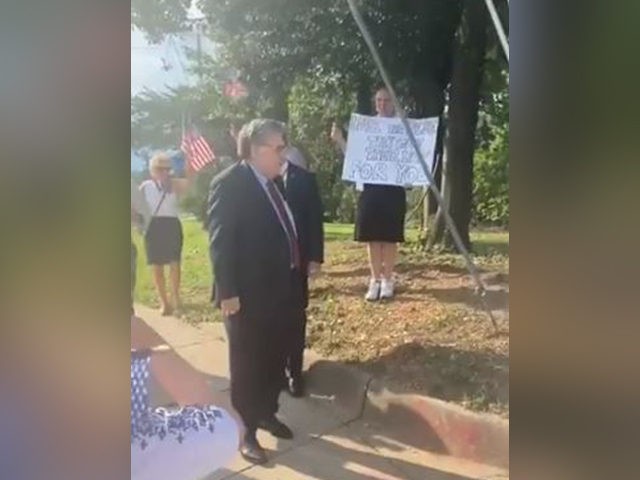 Attorney General William Barr stopped to thank a group rallying in support of the police in front of a police precinct in Virginia, according to a video captured by Justice Department spokeswoman Kerri Kupec.

The video shows Barr walking around and thanking the supporters, who are holding signs that say, “Back the Blue” — a slogan that stands for support for the police.

The moment happened when Barr had been riding with his FBI detail when he spotted them and asked them to stop so he could thank them, according to Kupec.

“That time you’re driving in Virginia and the Attorney General spots a group of people in front of a police precinct showing their support for the police,” Kupec tweeted.

“AG to FBI Detail: ‘Can we make a quick U-Turn? I want to jump out and thank those people,’” she added.

Police have been demonized in the days following the death of George Floyd, a 46-year-old black man who died after a Minneapolis police officer knelt on his neck for about eight minutes.

Since then, Black Lives Matters protesters, Antifa, and other far-left activists have stepped up their nearly decade-long calls for defunding the police. There have also been calls from progressive members of Congress to reduce police funding.