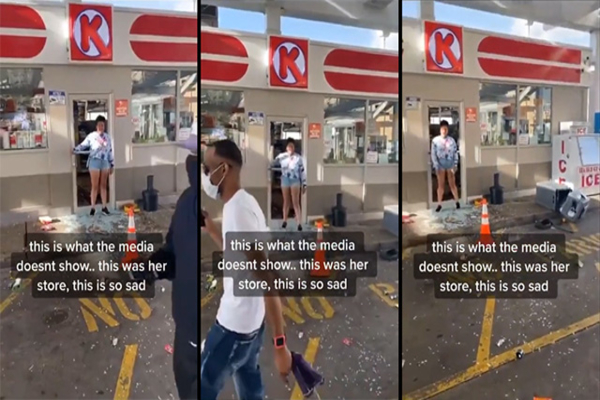 “So ya’ll didn’t care if this was a Black-owned gas station or not?” a woman screams. “This is my s**t, yo, I was protesting with y’all till y’all just broke into my s**t!”

“She ain’t lying though, they breaking the wrong s**t,” the man filming the video comments.

The video appears to have first been uploaded to Tiktok.

It was reuploaded to Twitter in response to a viral photograph of a pet supply store in Santa Monica, California with a sign to dissuade rioters from destroying a woman’s shop saying, “Single mother-owned, please show mercy, this is all I have.”

Similar signs have gone up throughout the country during the past three months of daily rioting.

Burning, looting and murdering is fine just so long as the target is White people!