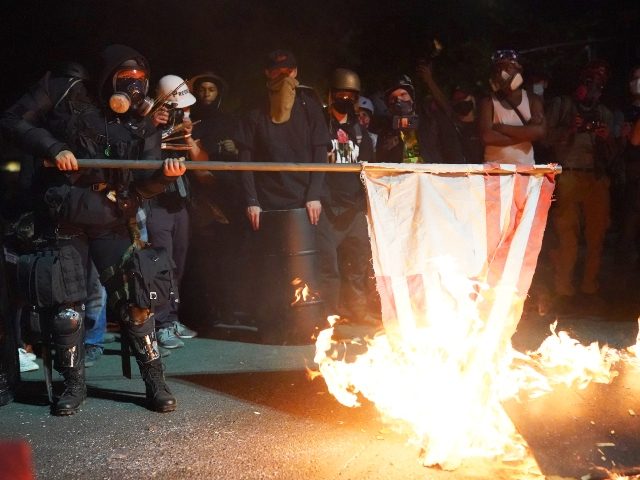 (breitbart) – Hank Newsome, a co-founder of the left-wing terrorist group Black Lives Matter, promised New York City “riots,” “fire,” and “bloodshed” if Mayor-elect Eric Adams brings back the law enforcement policies that worked so well in the past.

Newsome spoke to a group outside Brooklyn Borough Hall on Wednesday and openly threatened New York with violence.

“If they think they are going back to the old ways of policing, then we’re going to take to the streets again,” Newsome said. “There will be riots. There will be fire, and there will be bloodshed.”

Naturally, Newsome’s now trying to claim he wasn’t threatening anyone.

“I am not threatening anyone. I am just saying that it’s a natural response to aggressive oppression, people will react,” he told the Post. But who believes that?

Sorry but, You do this, or there will be fire, riots, and bloodshed, is pretty clear language.

The policies in question are what’s known as the NYPD’s plainclothes anti-crime units, the units that, in the past, so effectively cracked down on violent crime in New York, specifically the gun crime that’s exploded in the city of late, and, it should be added, increased the homicides of black men.

I’m sorry, but this is de facto terrorism. Threatening or committing violence to further a political cause is straight-up terrorism.

No one in New York voted for this Hank Newsome. Instead, the people of that city voted for Eric Adams, who ran on a clear agenda in favor of bringing back the anti-crime policies that work.

Newsome’s fascist agenda was on the electoral ballot through other candidates, but those candidates lost; Newsome’s ideas and agenda lost.

So now, because they can’t win at the ballot box, the Black Lives Matter terrorists are blatantly and openly threatening more terrorism on top of the terrorism these monsters have already inflicted in that city, mostly on innocent civilians and a whole lot of black neighborhoods.

Hawk Newsome speaks to the media outside of the Bronx Supreme Court after a police sergeant was indicted by a New York City grand jury in New York, Wednesday, May 31, 2017, in New York.  (AP Photo/Frank Franklin II)

As you well know by now, I have zero sympathy for Democrat-run cities. The people in these cities continue to vote for failure, and you get what you vote for, and what they vote for is poverty, homelessness, violent crime, mass shootings, and riots. But New York deserves credit. Eric Adams might be a Democrat, but he’s a moderate Democrat eager to return New York to its glory days where it was (thanks to Republican Rudy Giuliani) one of the safest big cities in the world with a commendable quality of life.

New Yorkers are at least voting for change, for some sanity, and I hope they get it.

But these Antifa and Black Lives Matter terrorists are bound and determined to destroy these cities—their physical structures as well as their quality of life. The terrorist outfits must be dealt with because coddling them only encourages them, and now they are emboldened to where they feel comfortable promising bloodshed if they do not get their way.