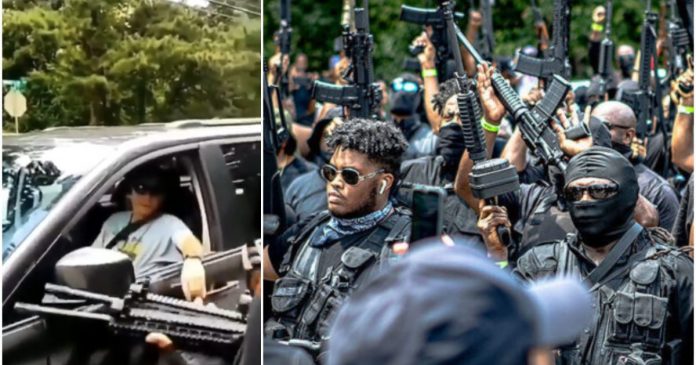 An anti-white violent terror organization, the “Not F**king Around Coalition” (NFAC), is planning an armed rally throughout the city of Louisville, Ky on Saturday.

Far Left Watch reports that NFAC leader John Fitzgerald Johnson, aka “Grand Master Jay,” has proposed the replacement of the U.S. with a black ethnostate established by racist militant action.

The NFAC appears to echo the beliefs of the Black Hebrew Israelite movement, which has even been designated by the far-left Southern Poverty Law Center (SPLC) as a hate group.

Grand Master Jay has released a video address on YouTube telling his followers to be armed and ready for confrontation this Saturday.

Louisville Metro Police spokesman Dwight Mitchell noted that law enforcement is aware of the NFAC’s planned display and hopes to create a dialogue with the group to prevent any violence from taking place.

“We have had several protests posted over the past several weeks, some of which have occurred and some which have not,” Mitchell said. “We will take the appropriate steps to prepare for whatever may occur.”

Big League Politics reported earlier this month on how NFAC’s violent and menacing behavior in Georgia prompted a full-blown state of emergency: