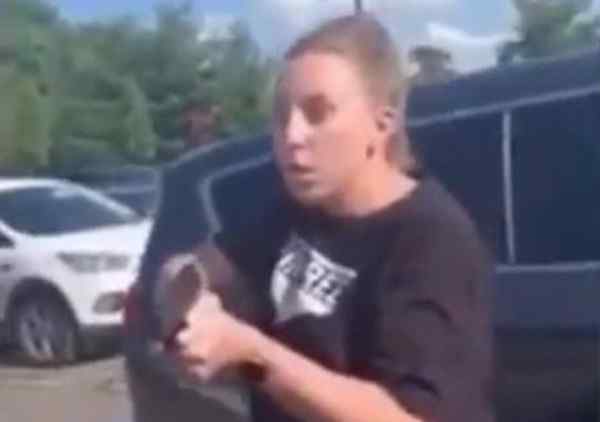 (Gateway Pundit) – A white Oakland County, Michigan couple were charged with felony assault on Thursday after a video of a pregnant woman defending herself from a black woman with a firearm went viral.

Oakland County Prosecutor Jessica Cooper charged Jillian Wuestenberg, 32, and Eric Wuestenberg, 42, each with one count of felonious assault, a four-year felony. The Independence Township couple each possessed one loaded firearm and CPL licenses, Sheriff Mike Bouchard said. The couple was arraigned Thursday at 52-3 District Court in Rochester Hills. Both were given a $50,000 personal bond. “As part of the bond conditions, they must turn over all firearms, not engage in any assaultive behavior, and may not leave the state,” sheriff’s officials said. The incident stemmed from a bump and lack of apology, according to Bouchard. “Let’s have a little more tolerance for each other and not being so quick to react,” Bouchard said. “If someone is doing something improper or unfair, I tell my family and friends to look away. This is not the moment to plant your flag.”

A white couple leaving a Chipotle restaurant this week were falsely accused of racism by a black woman and her 15-year-old daughter.

The black woman accused a pregnant white woman of bumping into her daughter near the entrance of the restaurant and demanded an apology.

The white woman tried to deescalate the confrontation by peacefully walking away and got into her car as the black woman called her a “dumbass bitch.”

The black woman then turned her ire toward white woman’s husband and threatened him: “And if you say something I’ll beat your white ass too.”

As the white couple backed up their vehicle to leave the parking lot, the black woman rushed behind the SUV to block them from leaving and accused them of ‘trying to hit her.’

The black woman pounded on the vehicle and threatened to beat them.

This is when the confrontation escalated.

The white woman got out of the car and pulled out her firearm after being assaulted and threatened, “Get the fck away!” she screamed. “Back the fck up!”

Eric Wuestenberg was fired from his job at Oakland University following the incident.

“We have seen the video, and we deem his behavior unacceptable.” the university said in a statement.