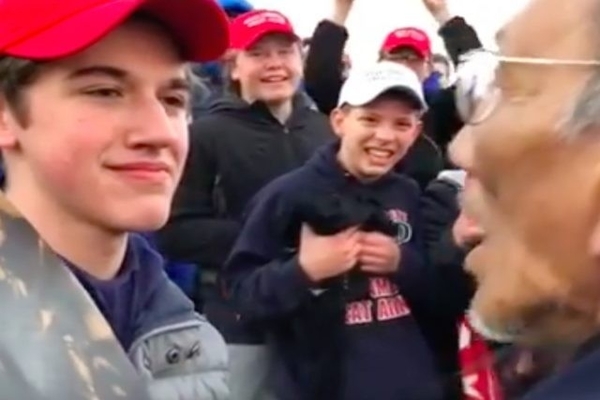 Neither party publicized the terms of the settlement. However, Sandmann asked for $275 million in damages in his lawsuit against NBC Universal and MSNBC.

“At this time I would like to release that NBC and I have reached a settlement,” Sandmann tweeted. “The terms are confidential.”

NBC is the third corporate media organization to settle with Sandmann after he and his classmates were accused of mocking Native American activist Nathan Phillips during last January’s March for Life event. Sandmann was wearing a red “Make America Great Again” hat while he stood close to Phillips with an apparent smirk on his face that was widely noted and mocked.

Many in the media painted Sandmanmn as an aggressive racist who initiated the conflict with Phillips. However, an independent investigation concluded there was “no evidence that the students performed a ‘Build the wall’ chant.”

In the days after the media’s attacks on Sandmann, witness cell phone footage showed that Phillips initially approached Sandmann. Footage also showed that a group of Black Hebrew Israelites confronted both Sandmann’s and Phillips’ groups well before the two were face to face.

In an interview with NBC, Sandmann explained that he stayed in Phillips’ face because he did not want to be, as he said:

Last year, Sandmann’s attorney, Todd McMurtry, said, “As many as 13 other defendants will be filed.” Other defendants included ABC, CBS, the Guardian, Huffington Post, NPR, the Hill, and smaller outlets.