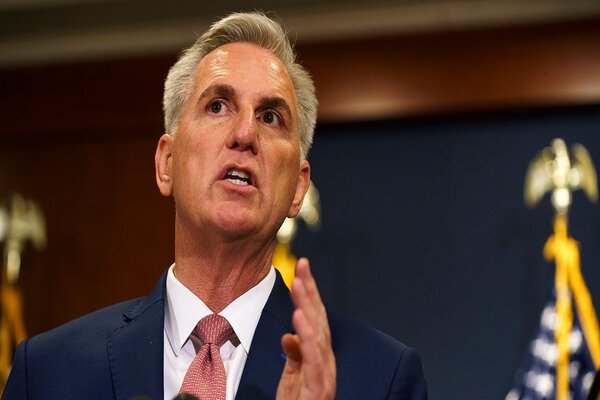 (breitbart) – Democrats are trying to sneak a pro-amnesty GOP legislator into the House Speaker’s seat.

“I would consider the right Republican, someone I could trust,” said Rep. Ro Khanna (D-Ca), a pro-migration Democrat close to California’s Silicon Valley. Khanna continued:

In March 2021, Fitzpatrick and Joyce backed a deal that would amnesty farmworkers — and then allow farm companies to import endless labor instead of investing in productivity-boosting machinery. The companies’ imported labor would be rewarded with citizenship, not with the fair-market wages that keep rural towns and communities prosperous.

Khana wants to dramatically increase legal migration. “We’re trying to become the first multiracial, multi-ethnic superpower in the world,” Khanna told the New York Times in March 2022. “It will be an extraordinary achievement … we will ultimately triumph,” he boasted.

Other Democrats have hinted they would support just-retired Michigan Rep. Fred Upton, who also voted for the farm amnesty, and touted a business-backed amnesty in 2021.

In contrast, the GOP’s leader and primary candidate for the post, Rep. Kevin McCarthy (R-Ca), has promised to block any vote for an amnesty bill.

“You can’t tie the two [amnesty and border security] — you’ve got to just go fix the border to start out before you can deal with immigration,” McCarthy said in October.

In May 2022, McCarthy also endorsed an immigration strategy pushed by a wide range of reform groups. “I saw more support for taking some actions than I’ve ever seen,” Tom Homan, the former director of the Immigration and Customs Enforcement agency, told Alex Marlow on Thursday’s edition of Sirius XM’s Breitbart News Daily.

In recent weeks, McCarthy has made concessions to GOP immigration reformers.

The choice of Speaker is critical for pro-American reforms. The Speaker has complete control over what legislation is brought to the floor for a vote. So a pro-amnesty Speaker would have the power to let the Democrats — with a few Republican legislators — push a wealth-shifting amnesty through the House and into the Senate.

Any amnesty would shift more wealth from heartland states to the coasts, and from young wage-earners to older investors.

For years, establishment media outlets have hidden this damage from Americans.