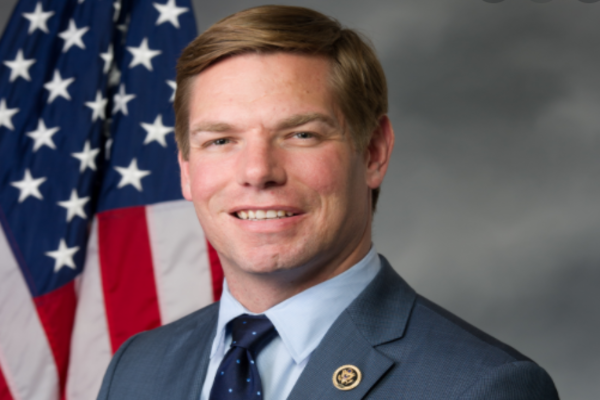 “My wife, Martha, was scared to death when she discovered a stranger in our home hovering over her like a hawk!” Brooks wrote in a press release. “Fortunately, the fright soon turned into anger and Martha chased Swalwell’s teammate out of our house like a stray, scalded dog. You don’t mess with Martha! I am proud as can be to have her as my wife!”

The warrant, issued for Christian Seklecki of Georgia for the Class A misdemeanor of first-degree criminal trespass, is in response to a June 6 incident when, according to surveillance video from Brooks’ home, Seklecki allegedly entered the Brooks’ home without their knowledge or permission.

“Mo and I take our security very seriously, as do all families,” Martha Brooks said. “My hope is that my actions today will cause the process server to think twice before illegally invading the sanctity of someone else’s home, and put those who would threaten our security on notice that we will pursue illegal actions to the fullest extent of the law.”

Swalwell’s team allegedly entered the Brooks’ house to serve a lawsuit to hold Brooks culpable for the January 6 riot.

“Well, Swalwell FINALLY did his job, served complaint (on my WIFE). HORRIBLE Swalwell’s team committed a CRIME by unlawfully sneaking INTO MY HOUSE & accosting my wife! Alabama Code 13A-7-2: 1st degree criminal trespass. Year in jail. $6000 fine. More to come!” he tweeted June 6.

Swalwell’s attorneys apparently had difficulty serving Brooks with the lawsuit, a necessary part of due process to begin a lawsuit.

CNN reported June 2 that Federal Judge Amit Mehta “gave the Democrat’s legal team another 60 days to get to Brooks with their formal notification” and would not “allow the US Marshals to deliver the lawsuit to the Republican congressman due to ‘separation of powers concerns.’”