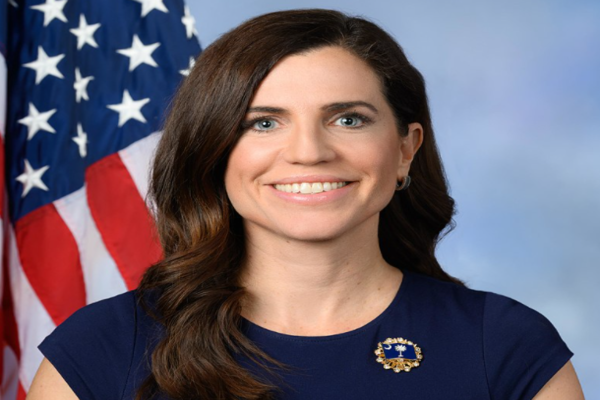 (breitbart) – Rep. Nancy Mace (R-SC) noted on Friday’s edition of SiriusXM’s Breitbart News Daily with host Alex Marlow that the FBI is not tracking violent acts committed by persons affiliated with Antifa or Black Lives Matter, as the Bureau does not classify either leftist group as “domestic terrorist” organization.

During a House Oversight Hearing on counterterrorism on September 29, Mace asked Timothy Langan, assistant director of the FBI’s Counterterrorism Division about the Bureau’s approach to criminality associated with Antifa and Black Lives Matter. Langan said the FBI does not classify Antifa or Black Lives Matter as “domestic terrorist” organizations due to the Bureau’s labeling of the two groups as “movements.” He also said the FBI does not identify either leftist group as “anti-government” or “anti-authority” organizations.

“It was shocking,” Mace said of her Langan’s testimony. “This is a member of the FBI. We had our sixth hearing on the Oversight Committee on white supremacy and domestic terrorism, and I’m not going to water down the threats that are out there with regards to that, but it was our sixth hearing on this. Of course, I’m going to ask questions about Antifa and Black Lives Matter.”

She recalled, “[The FBI was] telling all of America that they don’t track acts of violence by these violent groups. [It] is astounding, and further in that inquiry, the FBI then tell me that there are about 75 open cases of ‘anti-government-related’ categories. … We’ve all seen the violence over the last two years across cities around the nation, literally Antifa and Black Lives Matter burning down street corners, destroying companies, destroying people’s livelihoods, pulling people out of  their cars and beating them in broad daylight, and we don’t track Antifa because — quote — it’s a movement.

“We know [Antifa] is an organization,” Mace added. “It  is a violent organization … and we don’t track Antifa.”

Mace said the Biden administration is not appropriately prioritizing its counterterrorism resources while noting Attorney General Merrick Garland’s memo calling for a coordinated effort across all levels of law enforcement to address what he alleged is “a disturbing spike in harassment, intimidation, and threats of violence” against government employees working in public schools.

She remarked, “To see what our federal government is doing to parents … when parents just want to vent and say [that] teaching these things to our kids is not, okay, and we’re not the enemy.”

“We have enemies within,” she concluded, “but let’s track the people who are doing the violent acts and focus on those [who are] committing those violent acts, and that’s not what we’re doing. It’s backwards. … They’re doing it backwards, focusing on the wrong people.”