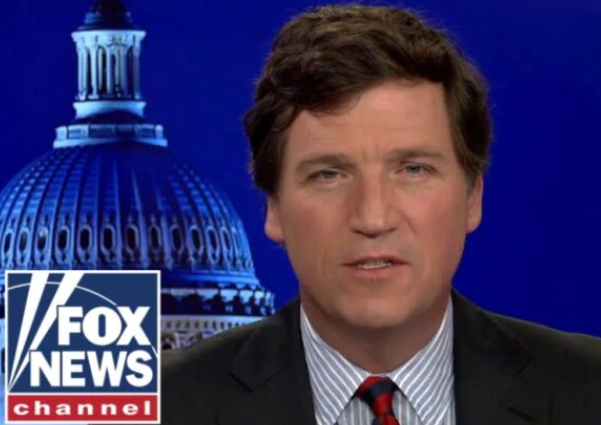 (bigleaguepolitics) – Tucker Carlson took time on his show to discuss the trucker convoyin Canada, which he referred to as “the most successful human rights protest in a generation.” The conservative political commentator also discussed the incompetency of Canadian Prime Minister Justin Trudeau and other leaders throughout the pandemic as well as their lack of ability to work with common people, particularly the working-class.

During the segment, Tucker also theorized that one reason many Democrat politicians in the United States have abruptly started dropping some restrictions is that they see what is going on in Canada and fear that Americans may draw similar inspiration.

“We still think it’s probably pretty true, but it’s also clear, as of tonight, that there is another explanation for this. Democrats in this country are looking north to their friends in the ruling party of Canada, and what they see there scares them. Canada’s working class has finally rebelled after years of relentless abuse.”

Carlson also stated that “the Canadian trucker convoy is the single most successful human rights protest in a generation,” explaining that “if nothing else, it has been a very useful reminder to our entitled ruling class that working-class men can be pushed, but only so far. When they push back, it hurts. It turns out that truck drivers are more important to a country’s future than, say, diversity consultants, or even MSNBC contributors. Who knew? The White House has no interest in knowing. According to the Associated Press tonight, the Biden administration is ‘urging the Trudeau government’ to ‘use its federal powers to stop this protest, to end the truckers’ protest.’”