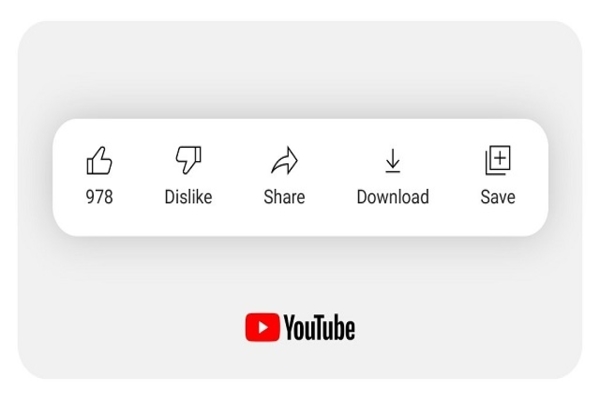 (informationliberation) – Google/YouTube is working on solving the problem of people downvoting trash propaganda to hell by just hiding the dislike count altogether.

“In response to creator feedback around well-being and targeted dislike campaigns, we’re testing a few new designs that don’t show the public dislike count,” YouTube said Tuesday on Twitter. “If you’re part of this small experiment, you might spot one of these designs in the coming weeks (example below!).”

I’m sure this has nothing to do with the fact every last video uploaded by the Biden regime (the Most Popular President in History™ who got 80 million votes) gets downvoted to hell.

The overwhelming majority of their users do not want them to do this but they quite simply don’t care.

Shoving propaganda down the uppity plebs throats is their only concern.