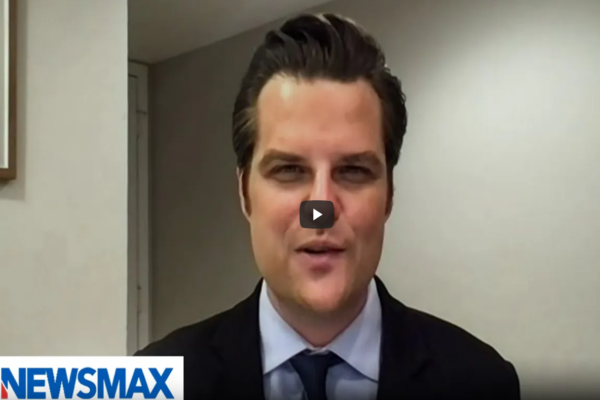 Gaetz emphasized that the “bizarre” raid on Trump, in addition to the push for 87,000 new IRS Democrats, showed that “every element of our government is weaponized against us.”

“I know that in secret courts, there are people willing to change evidence to try to get back at President Trump, and you know, they really, I think, are doing this in anticipation of a midterm election where Democrats are going to face serious defeats, and I believe that this is galvanizing a lot of Republicans for President Trump,” Gaetz outlined. “People are recognizing what phase of this conflict we are in within our country where increasingly, every element of our government is weaponized against us — whether it’s this bizarre FBI raid on a former president, 87,000 new IRS agents, or even the ability that Democrats maintained for the Department of Education to have assault weapons. All this where they’re trying to take very popular firearms away from the American people. So, it’s really all part of the same scary narrative. The good news is the fighting force within the Republican Party is ascendant.”