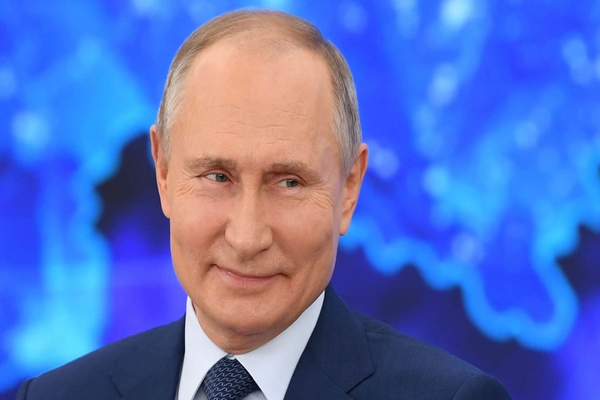 Russian dissident Alexei Navalny, who has been receiving treatment and recuperating in Germany since he was poisoned with the nerve agent Novichok in August, made good on his promise to return to Russia on Sunday. The Russian government immediately made good on its promise to arrest him.

Navalny was scheduled to arrive at Vnukovo Airport in Moscow on Sunday, where hundreds of supporters and journalists had gathered to greet him. A huge force of riot police assembled at the airport and most of those assembled to greet Navalny were ejected, including some who bought plane tickets just so they would be allowed to gather at the gate.

A group of fans gathered to meet a Russian pop singer named Olga Buzova arriving on the same plane was allowed to remain, raising suspicions that the Kremlin wanted to upstage Navalny by making Buzova’s arrival into the big story of the evening.

The Moscow Times described the atmosphere at Vnukovo Airport as “febrile”:

An elderly man in a red coat waving a Russian flag and shouting, “Navalny is our president, Putin is a thief and a bitch” only got a few chants in before being carried out by OMON riot police.

Olga Solena, who declined to give her exact age but said she is over 60, came to Vnukovo to support Navalny after seeing that more than 9000 people had signed up to attend the Facebook event in his support.

“I came to meet Navalny because he is able to speak in a way that inspires people,” Solena told The Moscow Times.

Solena said Navalny makes her and others like her optimistic about political change in Russia.

“Navalny comes along and instills new hope that the people will begin to rise, to think how we can change something. We still have to change the president,” Solena said.

Many of Navalny’s supporters remained at the airport even after riot police ejected them into the below-zero winter weather. Some said standing firm in the freezing cold was their way of saluting Navalny’s courage for returning to Russia after the attempt on his life, which investigative journalists (with a little sleuthing assistance from Navalny himself) rather convincingly pinned on agents of Russia’s FSB security service.

Navalny’s plane was ultimately diverted to a different airport for “technical reasons” and delayed for an hour and a half. He had just enough time to make a short statement to journalists and kiss his wife goodbye before he was arrested at the passport counter, ostensibly in connection with “multiple parole violations.”

“I have not only truth on my side, but also justice. I am not afraid,” Navalny said at Sheremetyevo Airport before he was taken away by the police.

On Monday, Navalny attended a hearing for his case at a police station near Moscow and denounced the Russian government for reaching “the highest level of lawlessness,” as translated by Sky News:

In a video posted to Twitter by his spokeswoman Kira Yarmysh, Mr Navalny said: “I don’t understand what’s going on. A minute ago, I was brought from cell here to meet my lawyers.

“I came here and here is the Khimki court session taking place. Some strangers are filming me on camera… Why the court session is taking place in police station I cannot understand. Why was no one was informed?

“I have seen a lot of jokes about judicial system here… It’s not possible what is happening here. It’s the highest level of lawlessness. I cannot call it any other word.”

The Kremlin announced before Navalny departed Germany that he would be arrested upon returning to Russia because he allegedly violated the terms of his parole from a 2014 conviction for embezzlement. Navalny maintains the embezzlement prosecution against him was politically motivated, and the European Court of Human Rights agrees with him.

Navalny’s arrest on Sunday was swiftly condemned by governments and human rights organizations around the world. Outgoing U.S. Secretary of State Mike Pompeo and incoming National Security Advisor Jake Sullivan both condemned the arrest as politically motivated and a violation of Navalny’s rights.

The German government denounced the arrest as “totally incomprehensible” and demanded Navalny’s immediate release, calling on Russia to respect both its own constitution and the international rule of law. The United Nations Human Rights Council (UNHRC) said it was “deeply troubled” and also called for Navalny to be released. Poland on Monday pushed for an “urgent” meeting of the UNHRC to discuss the arrest.

“Steps taken by Russian authorities against Alexei Navalny must not be left without consequences for the international community’s relations with this country,” said Polish President Andrzej Duda on Sunday night.

Amnesty International declared Navalny a “prisoner of conscience” and said his arrest provides “further evidence that Russian authorities are seeking to silence him.” Human Rights Watch Executive Director Kenneth Roth said it was a “real act of bravery” for Navalny to return to Russia “given that government agents already tried to kill him once,” and also a sign that Navalny knows he would be less effective as a “dissident in exile.”

The Russian government responded by describing Navalny’s arrest as a purely internal matter of criminal law and told the rest of the world to mind its own business, with the sneering implication that Western nations lack the moral stature to criticize Russia for the steps it takes to maintain public order.

“Respect international law, do not encroach on national legislation of sovereign states and address problems in your own country,” said Russian Foreign Ministry spokeswoman Maria Zakharova, while her boss, Foreign Minister Sergei Lavrov, suggested Western leaders were only feigning concern about Navalny to distract from their own domestic problems.