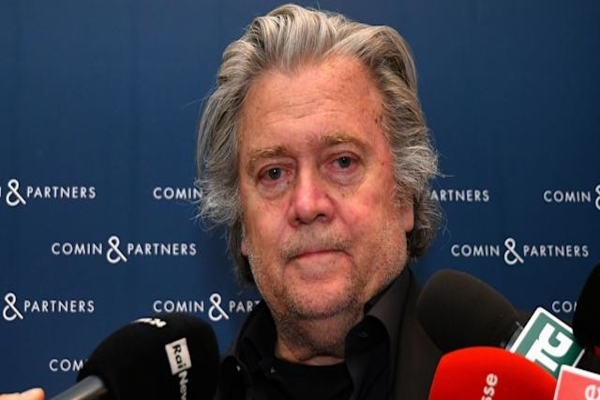 (foxnews) – Former adviser to President Trump Steve Bannon has been indicted on contempt of Congress charges.

A federal grand jury charged Bannon with two counts of contempt of Congress, according to a Department of Justice (DOJ) press release published Friday. Bannon was hit with the charges for failing to appear for a deposition in front of the House Select Committee to Investigate the Jan. 6 attack on the U.S. Capitol and for not handing over requested documents in the face of the committee’s subpoena, according to DOJ.

No arraignment date has been set yet. According to the release, the subpoena said the committee “had reason to believe that Bannon had information relevant to understanding events related to Jan. 6. Bannon, formerly a Chief Strategist and Counselor to the President, has been a private citizen since departing the White House in 2017.”

Bannon is expected to self surrender on Monday and appear in federal court that afternoon, according to a Justice Department official.

In this file photo from Sunday, Aug. 19, 2018, Steve Bannon, President Donald Trump’s former chief strategist, talks about the approaching midterm election during an interview with The Associated Press, in Washington. The special congressional committee investigating the Jan. 6 insurrection has set a vote for Tuesday to recommend criminal contempt charges against Bannon after he defied the panel’s subpoena. (AP Photo/J. Scott Applewhite, file)

“Since my first day in office, I have promised Justice Department employees that together we would show the American people by word and deed that the Department adheres to the rule of law, follows the facts and the law, and pursues equal justice under the law,” Attorney General Merrick B. Garland said in the release. “Today’s charges reflect the Department’s steadfast commitment to these principles.”

U.S. Attorney for the District of Columbia Matthew Graves, whose office announced the indictment, confirmed the reason behind the charges in the press release.

“According to the indictment, Mr. Bannon refused to appear to give testimony as required by subpoena and refused to produce documents in compliance with a subpoena,” Graves continued.

While the grand jury charges are hefty, it is unlikely Bannon will face jail time – it’s been over 40 years since the last person indicted on similar charges was sent to prison

Even if convicted, the contempt of Congress charges may not yield the information the committee is seeking from Bannon.

With Bannon’s charges now revealed, former White House chief of staff Mark Meadows could face similar charges for not complying with a subpoena of the Jan. 6 committee.