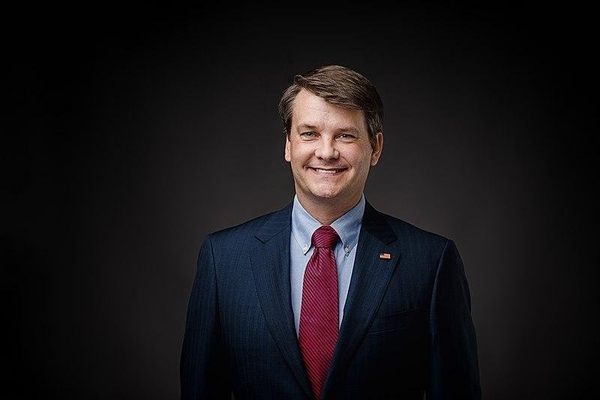 The Associated Press reported earlier this month that Letlow, a 41-year-old Republican, had been hospitalized after being diagnosed with the virus. He was days away from being sworn into office.

Dr. G.E. Ghali, of LSU Health Shreveport, told NOLA.com that Letlow was in critical condition but showed signs of improvement. He “apparently suffered a cardiac event this evening that was refractory to all resuscitation efforts.”

Rep. Steve Scalise, another Republican from the state, issued a statement calling Letlow a “positive spirit” who had a “tremendously bright future ahead of him.”

“May it be a comfort to Luke’s wife Julia and their children Jeremiah and Jacqueline that so many mourn their loss and are praying for them at this sad time,” she wrote in a statement.

“The family appreciates the numerous prayers and support over the past days but asks for privacy during this difficult and unexpected time,” Bautsch said in a statement.

The family said in a statement that he was admitted to a hospital in Monroe, La., on Dec. 19, and then transferred to the Shreveport facility when his condition worsened.

Letlow won his first race for Congress after defeating three-term state Rep. Lance Harris, according to the News-Star.

Letlow said in a statement at the time that he ran for office because “I know firsthand what our needs are, and because I will serve this district to get real results for our constituents. Each and every person across our rural landscape, whether it’s Bastrop, Bunkie, Bogalusa, or all the places in between, has my word that I will never stop fighting to move Louisiana’s 5th District forward.”

Letlow, a former chief of staff, was to fill the seat being vacated by his former boss, Republican Ralph Abraham, who served three terms in office.

Louis Gurvich, the Republican party chair, told NOLA.com, “We’re all in disbelief. The world was his oyster.”