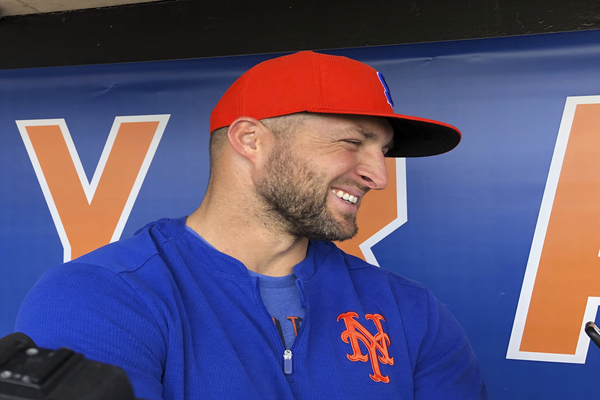 The former Heisman Trophy winner and NFL quarterback took to Twitter on Wednesday to officially call an end to the quest he began in 2016 when he first joined the Mets minor league system.

“It has been a pleasure to have Tim in our organization as he’s been a consummate professional during his four years with the Mets,” Mets President Sandy Alderson said. “By reaching the Triple-A level in 2019, he far exceeded expectations when he first entered the system in 2016 and he should be very proud of his accomplishments.”

As Pro Football Talk reports, Tebow’s future destination could be a reunion with his former college coach Urban Meyer. With Meyer in charge, the Florida-native could find himself added to the Jags coaching staff. Perhaps, Tebow could replace former sports performance coach Chris Doyle who recently resigned amid a storm of controversy stemming from allegations of racism during his time at Iowa.