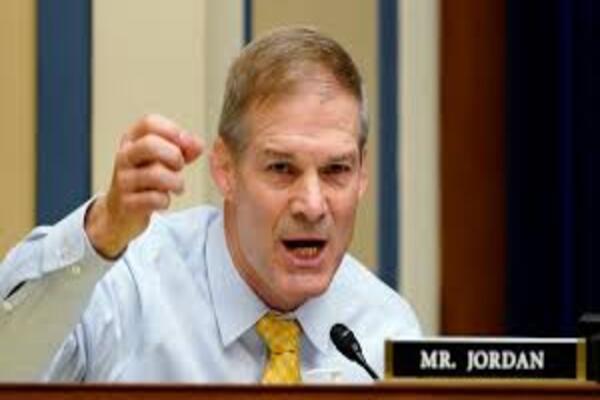 “On January 12, 2023, you appointed Robert Hur as Special Counsel to investigate these matters,” Jordan and Rep. Mike Johnson (R-LA) wrote. “The circumstances of this appointment raise fundamental oversight questions that the Committee routinely examines. We expect your complete cooperation with our inquiry.”

Jordan raised questions about the peculiar timing of the public disclosure of the stashed documents in January by Biden’s attorneys. The letter continued:

The letter also slammed Garland for the seemingly duplicitous form of justice of approving a raid on former President Trump’s residence while abstaining from the same measure against Biden. The congressmen wrote:

The investigations into Biden’s mishandling of classified documents come as Biden administration officials have reportedly begun blaming the National Archives for not properly taking care to protect the classified information when Biden left the White House in 2017.

Some of the classified documents discovered are related to Ukraine. The Biden family business has an extensive history in Ukraine. In 2017, Hunter Biden was paid $83,000 per month to be on the board of Burisma, a Ukrainian energy company. Hunter was appointed to the board of Burisma in 2014 with no previous experience in the energy sector or in Ukraine.

According to Breitbart News’s senior contributor Peter Schweizer, Hunter made massive sums of money from Ukraine for which he “offered no real work.”

In 2015, Joe Biden threatened to withhold $1 billion from Ukraine if the Ukrainian government did not fire the prosecutor who was investigating Burisma.

Hunter’s salary was cut in half when then-Vice President Joe Biden left the White House in 2017. In that same year, Joe Biden visited Ukraine to deliver a farewell address; his sixth visit in seven years.