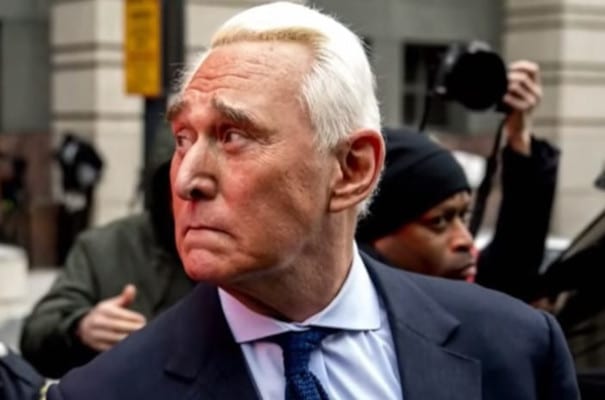 Stone is still under a gag order! And ordered to turn over his tax returns and other records.

Judge Jackson also gave 24 months of supervised release per each count once the sentence is served. Roger Stone has a chance to appeal for a new trial.

Corrupt Obama-appointed Judge Amy Berman Jackson was snarky in court Thursday morning and signaled she would not go easy on Roger Stone as she prepared to hand down his sentence.

Roger Stone was previously convicted by a biased jury on all 7 counts of lying to Congress, obstruction of justice and witness tampering.

Roger Stone, 67, was surrounded by friends and family as he walked into the E. Barrett Prettyman federal courthouse in Washington wearing a dark grey pinstriped suit, dark sunglasses and a fedora.

Judge Jackson was angry Thursday morning and agreed to apply a sentencing enhancement for Roger Stone joking about threatening his friend Randy Credico.

The judge called for a 15-20 minute break after Roger Stone chose not to speak.

When the judge came back from the break she ripped Roger Stone to pieces.

Jackson read a letter saying Roger Stone was being politically persecuted and disagreed. “That is most certainly not what happened here.”

Jackson didn’t even hide her bias and once again claimed the Russian collusion canard wasn’t phony.

After Judge Jackson came back from a break, she told the court, “Unsurprisingly, I have a lot to say,” and she went on a crazy tirade, ripping Roger Stone to pieces, accusing him of covering up for President Trump!

Angry Jackson said people should be disgusted with Roger Stone for his actions.

President Trump hinted he would pardon Roger Stone Wednesday night when he tweeted a video of Tucker Carlson calling for Stone to be pardoned.