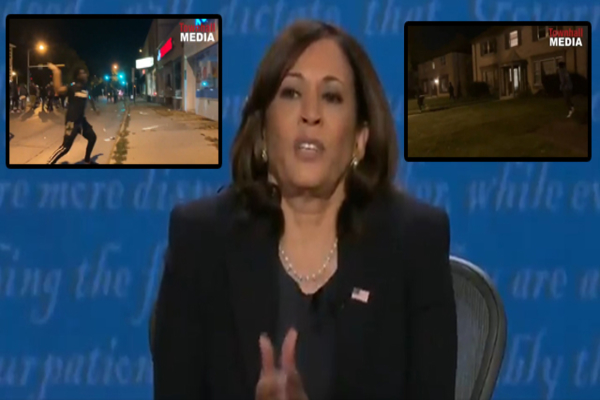 (informationliberation) – As Joe Biden vice-presidential pick Kamala Harris was praising the Black Lives Matter movement and revealing she took part in their “peaceful protests,” Black Lives Matter rioters were out attacking private residences in the suburbs of Wauwatosa, Wisconsin, looting shops and brandishing guns at police.

The “peaceful protesters” were also seen forming a “massive caravan” and blasting their horns through residential neighborhoods as terrified residents were forced to hunker down:

The peaceful protesters were filmed looting a gas station:

Another rioter was filmed brandishing a gun at police:

This is the “peaceful” movement Harris proudly took part in.

Harris also urged her followers to donate to a bail fund for protesters that helped bail out a man accused of raping an 8-year-old girl and other violent criminals.

Insurance industry claims show the 2020 Black Lives Matter riots have been the most damaging riots in American history and for all we know they’re just getting started!