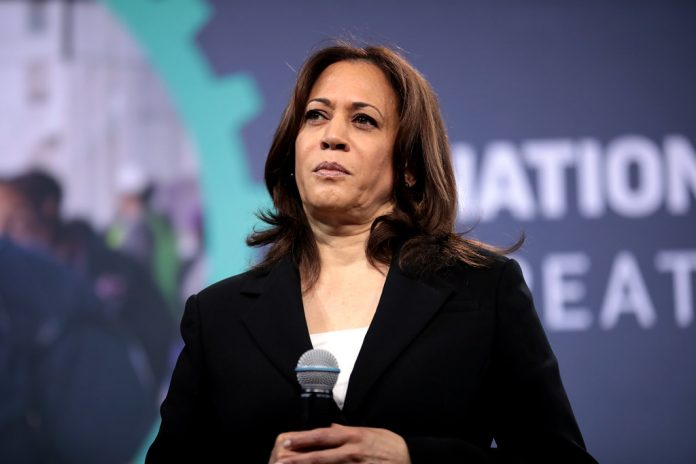 (breitbart) – Catholic League President Bill Donohue warned of Sen. Kamala Harris’s (D-CA) ‘Catholic problem’ in an essay this week, insisting that Biden’s running mate will have a hard time winning over Catholic voters due to her “positions on an array of moral issues.”

As a radical supporter of abortion rights, Harris has alienated pro-life voters, but she has gone further still, tainting herself “with the brush of anti-Catholicism,” Dr. Donohue states.

“In 2018, she sought to stop a Trump nominee for a seat on the federal bench simply because he was Catholic,” Donohue notes. “In doing so, she invoked a religious test for the bench, a patently unconstitutional act.”

As Michael Gerson echoes in an op-ed Friday in the Washington Post, Harris posed a series of “inappropriate questions” to federal district court nominee Brian Buescher, suggesting that “being a member of the Knights of Columbus — a nearly 2 million-member Catholic social and charitable organization — was disqualifying for the federal bench.”

“Harris was effectively treating membership in a distinctly Catholic organization as if it were allegiance to a hate group,” Gerson writes.

As Donohue notes, Harris’s stated objection to the Knights of Columbus stemmed from its unapologetic pro-life position. “In short, her real target was the Catholic Church,” he states.

Harris also “bludgeoned” pro-life activist David Daleiden for his undercover videos showing how abortion operatives harvest and sell aborted fetal organs,” Donohue added, insisting that there should be no restrictions whatsoever on abortion.

“She is so pro-abortion that in 2015, in her capacity as California’s Attorney General, she sought to cripple crisis pregnancy centers with draconian regulations,” Donohue writes. “She was sued and lost in the Supreme Court three years later.”

Along with her rabid pro-abortion activism, Harris has also worked hard to curb religious freedom, co-sponsoring “The Equality Act,” which would effectively “gut Catholic hospitals,” he adds.

Harris is also a vocal supporter of same-sex marriage and transgender rights, arguing that biological males who think they are girls should be allowed to compete in sports against real girls, he states.

While Harris’s own stepchildren attended an elite private school in Los Angeles, she has vigorously opposed school choice, which would give underprivileged children the same opportunity.

Curiously, Harris said last year that she believed those who accused Biden of sexual assault, which would lead not only Catholics but all right thinking people to wonder why she has chosen to hitch her wagon to a man she believes to be a sexual predator, Donohue quips.