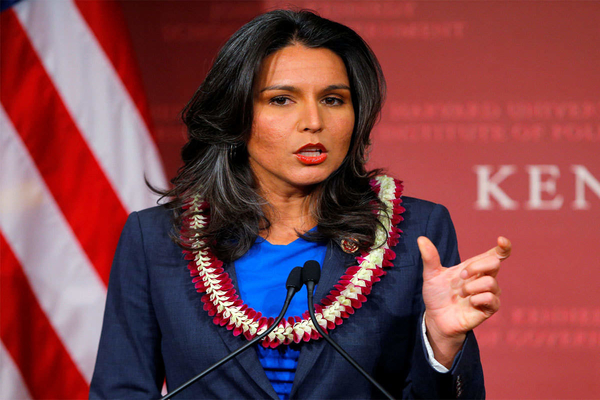 Gabbard, a U.S. military veteran and former Democrat candidate for president, sent cease and desist letters to Romney and Olbermann, warning them to stop accusing her of treason and working with Russia against the U.S.A.

“When powerful, influential people make baseless accusations of treason, a crime punishable by death, in order to intimidate, silence and censor those who speak the truth, it has a chilling effect on our democracy,” Gabbard tweeted on Wednesday. “This cannot go unchecked.”

Gabbard’s announcement specifically cites Keith Olbermann’s March 14 tweet in which he says Gabbard’s comments make a case for military arrest and imprisonment as a “Russian asset.”

In the letter, attorney Harmeet K. Dhillon told Olbermann he “acted with actual malice when you defamed Representative Gabbard.”

“Representative Gabbard’s loyalty to the United States is beyond reproach, and you either knew your description of her as a ‘Russian Asset’ was false when you made it, or you acted in reckless disregard as to her allegiance to the United States,” the letter continued.

In further comments directed at Olbermann, Dhillon added that Gabbard “believes that free speech is a cornerstone of American democracy,” but that Olbermann’s assertions that Gabbard is a “Russian Asset” is “far outside of the bounds of free speech and civility. It is defamation.”

As for Romney, Gabbard blasted the nominally Republican Senator for his March 13 tweet in which he said Gabbard was spreading “Russian propaganda” and that her “treasonous lies may well cost lives.”

Dhillon added that Gabbard “will likely be forced to pursue litigation concerning this matter” and warned the two that they should preserve all evidence in the case to prepare for that outcome.