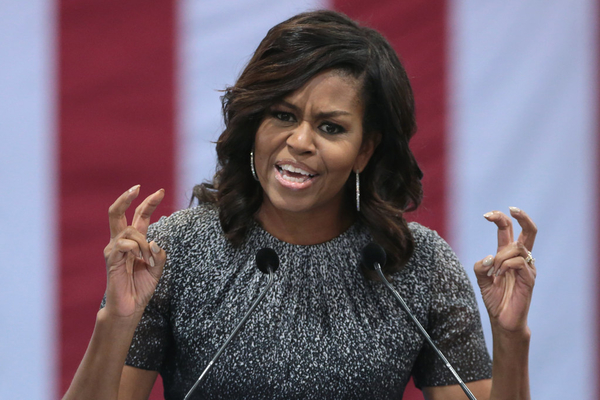 (breitbart) – Former first lady Michelle Obama claimed Thursday that so-called “systemic racism” is coming from the Trump White House in the wake of the shooting of Jacob Blake.

On Sunday, Blake, a 29-year-old black man, was shot multiple times by Kenosha police when officers responded to a domestic incident. Before being shot, Blake admitted to officers that he had a knife in his possession, which was recovered from the floorboard of his vehicle, the Wisconsin Department of Justice said Wednesday.

Obama’s statement comes after a 17-year-old male was arrested Wednesday in connection to the fatal shooting of two people during a third straight night of riots in Kenosha, sparked by Blake’s shooting.

Kyle Rittenhouse, of Antioch, Illinois, about 15 miles from Kenosha, was taken into custody in Illinois on suspicion of first-degree intentional homicide in the attack Tuesday that was largely captured on cellphone video. The shooting left a third person wounded.

“I just killed somebody,” the gunman, carrying a semi-automatic rifle, could be heard saying at one point during the rampage that erupted just before midnight in the city of 100,000 people midway between Milwaukee and Chicago.

In the wake of the killings, Wisconsin Gov. Tony Evers authorized the deployment of 500 members of the National Guard to Kenosha, doubling the number of troops. The governor’s office said he is working with other states to bring in additional National Guard members and law officers.

The AP contributed to this report.