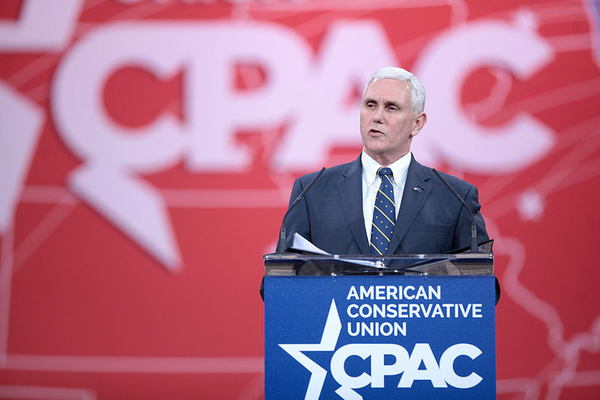 (breitbart) – SAVANNAH, Georgia — Vice President Mike Pence warned at a rally Friday for Republican Sens. David Perdue and Kelly Loeffler that Georgians who refrain from voting in the upcoming Senate runoff election would be handing a win to Democrats.

Pence said at the rally, “I know we’ve all got our doubts about the last election, and I actually hear some people saying, ‘Just don’t vote’” — a comment that comes after attorneys Sidney Powell and Lin Wood told people this week not to vote in the upcoming runoffs because of allegations that voter fraud occurred in the presidential election.

“My fellow Americans, if you don’t vote, they win,” Pence said to the crowd of several hundred. “If you don’t vote, there could be nothing to stop Chuck Schumer and Nancy Pelosi from cutting our military, raising taxes, passing the agenda to the radical left.”

If the Democrats win both Georgia seats and Joe Biden survives legal challenges from the Trump campaign, they would control the House and the presidency with the Senate deadlocked. Democrat Sen. Kamala Harris would decide any votes in the Senate that end in a 50–50 tie.

Pence said a Senate majority “could be the last line of defense” for Republicans but reiterated comments he made at a rally last month that President Donald Trump is continuing to pursue lawsuits over the election results and that they would fight “until every illegal vote is thrown out.”

As voices like those of Powell and Wood, who are not affiliated with Trump’s legal team, urge voters not to participate in the high-stakes runoff election because of the alleged voter fraud, Trump and his team, by contrast, have repeatedly told Georgians to vote.

Pence said, “Stay in the fight for integrity in our elections. … We need you to vote, Georgia.”

The vice president called on voters to check their registrations and reminded them they could request an absentee ballot through December 31. He added, “You request that absentee ballot, I want you to be confident about your vote.”

A record 1.3 million absentee votes out of five million votes total were cast for the presidential election in Georgia, a state Biden appears to have won by about 12,000, assuming Trump’s legal challenges do not succeed.

Georgia absentee ballots have faced particular scrutiny from the president and his legal team after a hand recount in the state did not include checking voter signatures on envelopes.

Fox 40 reported that as of Monday, more than 940,000 absentee ballots had been requested for the upcoming runoffs.

The vice president then quipped to those who opt to vote in person, “And remember, friends don’t let friends vote alone. Bring a family member, bring a neighbor, and vote to send David Perdue and Kelly Loeffler back to Washington, DC.”