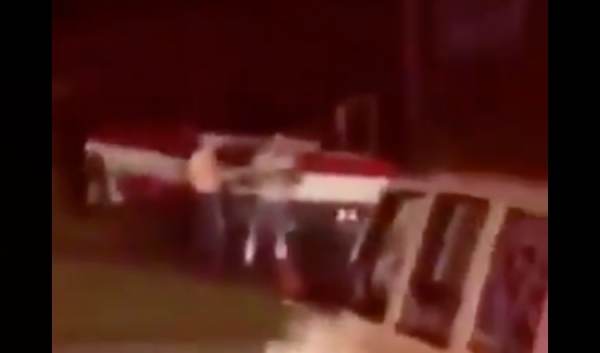 (thegatewaypundit) – Riots and protests erupted Monday night in Kenosha following an officer-involved shooting Sunday and the ‘protests’ began to spread to other cities.

A Milwaukee homeowner wasn’t having it and fired warning shots at protesters in his neighborhood.

“This dude is shooting at us!” A Black Lives Matter militant is heard saying as they scattered like cockroaches and ran for their lives.

Black Lives Matter and Antifa are in for a rude awakening. Americans who live in the suburbs and rural areas are armed and won’t put up with their looting and violence.