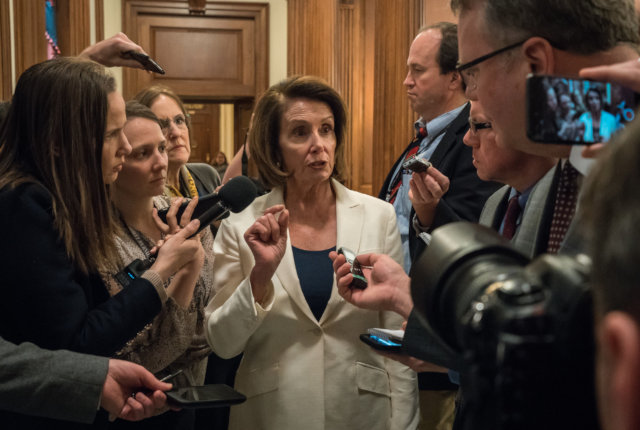 (Gateway Pundit) – She’s out of control. Fresh off of her embarrassing eruption at the White House (pictured below) Speaker Pelosi took a plane to Jordan to discuss the situation in Syria — on your dime.

Pelosi and fellow Democrats arrived in Jordan on Saturday.

House Speaker Nancy Pelosi and other U.S. lawmakers announced late Saturday U.S. time that they had arrived in Jordan for meetings with King Abdullah II and other officials regarding the situation in Syria. Although touted as a “bipartisan” delegation, the group includes just one Republican — Rep. Mac Thornberry of Texas, ranking member of the House Armed Services Commitee. Thornberry is among a group of Texas Republicans who’ve announced they won’t seek reelection in 2020. “Our bipartisan delegation is visiting Jordan at a critical time for the security and stability of the region,” Pelosi said in a statement. “With the deepening crisis in Syria after Turkey’s incursion, our delegation has engaged in vital discussions about the impact to regional stability, increased flow of refugees, and the dangerous opening that has been provided to ISIS, Iran and Russia.”