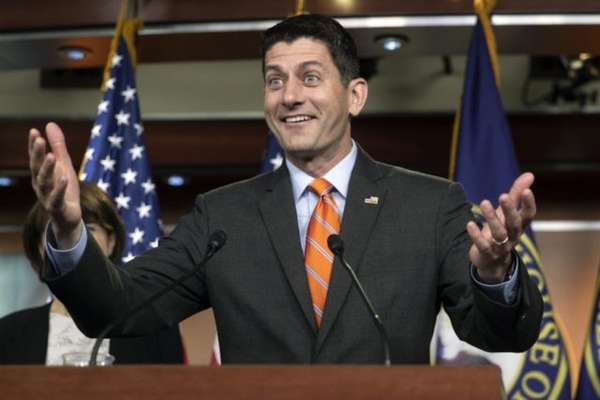 “I think maybe even more important is that these legal challenges to the outcome and the attacks on our voting system really need to stop, in my opinion,” Ryan said during Bank of America’s virtual European Credit Conference. “The outcome will not be changed, and it will only serve to undermine our faith in our system of government, our faith in our democracy.”

Ryan then took aim at President Trump’s legal team, accusing them of “doing damage to our country, to our democratic institutions and norms,” by challenging the election results in key battleground states.

The former House Speaker stated: “It is not pleasant, and I know there are a lot of people in this country who are really disappointed. But I think it’s really important that we’re clear about this, which is the mere fact that the president’s lawyers throw these sort of baseless conspiracy theories out at press conferences but offer no evidence of these in court tells you that there is not the kind of widespread voter fraud or systemic voter fraud that would be required to overturn the outcome of this election.”

“So, the election is over. The outcome is certain, and I really think the orderly transfer of power — that is one of the most uniquely fundamental American components of our political system,” he added.

Ryan retired from politics in January 2019 after serving three years as Speaker and seeing the Republicans lose a House majority in the 2018 midterm election.

Since departing Congress, Ryan joined Fox Corp. as a member of its board of directors and sits on the media giant’s compensation committee.

“We’ve gotten so numbed by it all,” Ryan was quoted in Politico author Tim Alberta’s book, American Carnage. “Not in government, but where we live our lives, we have a responsibility to try and rebuild. Don’t call a woman a ‘horse face.’ Don’t cheat on your wife. Don’t cheat on anything. Be a good person. Set a good example.”

Ryan was also quoted as being frustrated with President Trump’s approach to governing.

“I told myself I gotta have a relationship with this guy to help him get his mind right,” he recalled. “Because, I’m telling you, he didn’t know anything about government… I wanted to scold him all the time.”

President Trump fired back at Ryan mocking him as a “the failed V.P. candidate” and a “lame duck failure.”

“They gave me standing O’s in the Great State of Wisconsin, & booed him off the stage,” the president said of the former speaker.