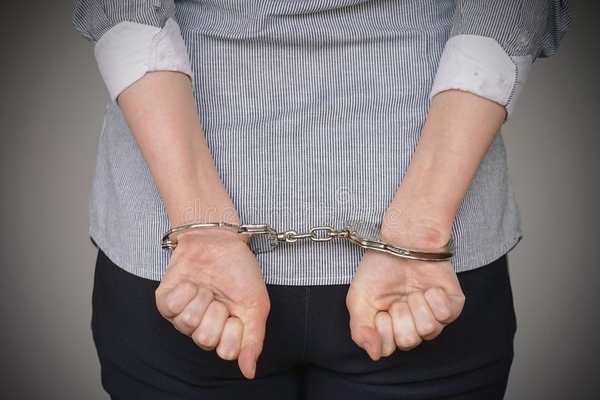 (foxnews) – Lori Loughlin was released from prison on Monday after serving two months for her role in the national college admissions scandal that exposed the rich and famous engaging in illegal schemes to cheat on standardized tests and buy their kids into some of the country’s top schools.

The “Full House” alum was originally given a release date of Sunday, Dec. 27, prompting speculation that she would be released a few days early, just in time for Christmas, per Program Statement 5140.36, which stipulates that inmates who are scheduled to be released on a weekend or legal holiday instead be released on the last preceding weekday. However, over a month into her prison stay, her release date was pushed to Monday.

Loughlin’s release comes as her husband, Mossimo Giannulli, continues to serve his five-month prison sentence at a federal facility in Lompoc, Calif. Both defendants were ordered to report to their respective prisons no later than Nov. 19. Loughlin began her sentence early, checking in at FCI Dublin on Oct. 30.

FCI Dublin is a low-security federal prison for roughly 1,200 female inmates. It is the same facility where “Desperate Housewives” actress Felicity Huffman served 11 days of a planned two-week sentence for similar crimes.

The actress was handed a two-month term behind bars in August after she and her fashion designer husband pleaded guilty to charges stemming from $500,000 payments to scam mastermind William “Rick” Singer to get their daughters, Olivia Jade and Isabella Giannulli, recruited onto University of Southern California’s crew team. The two had never participated in the sport.

While it is currently unknown if Loughlin plans to publicly speak about her time in prison, reports during her stay revealed she suffered a “weepy” first night behind bars before establishing somewhat of a routine while there. Last month, a source told Us Weekly that the Hallmark star regularly attended church services at the institution and had even formed “several” friendships with other inmates.

For the most part, though, Loughlin managed to keep to herself as much as she could as she feared she would contract the novel coronavirus, according to reports. Meanwhile, Giannulli is reportedly being held in protective custody at a federal prison in Lompoc due to the ongoing global health crisis. A legal source told People that it’s a reaction to the Santa Barbara County Public Health Department tallying 1,038 coronavirus cases and four coronavirus-related deaths within the prison as of Dec 19.

During Loughlin’s lock-up, her eldest daughter Olivia Jade, 21, made headlines for her first-ever interview about the nationwide scandal. Speaking to Jada Pinkett Smith on the “Red Table Talk,” Olivia spoke up about her parents serving prison time, not being angry at them and the backlash she faced online because of her privilege.

INSIDE LORI LOUGHLIN’S PRISON STINT AND WHY SHE POTENTIALLY HASN’T SPOKEN WITH DAUGHTER OLIVIA JADE: EXPERT

In this Feb. 28, 2019 file photo, actress Lori Loughlin, center, poses with daughters Olivia Jade Giannulli, left, and Isabella Rose Giannulli at the 2019 “An Unforgettable Evening” in Beverly Hills, Calif. Loughlin and her husband Mossimo Giannulli were charged along with nearly 50 other people Tuesday in a scheme in which wealthy parents bribed college coaches and other insiders to get their children into some of the most elite schools in the country, federal prosecutors said.

“It’s been hard, I think, for anybody,” the former University of Southern California student admitted. “No matter what the situation is, you don’t want to see your parents go to prison. But I think it’s necessary for us to move on and move forward.”

Olivia described feeling “embarrassed” and “ashamed” when the bribery scandal broke in March 2019. She also claimed she’s since learned from her family’s “mistake.”

She described: “I think that what hasn’t been super public is that there is no justifying or excusing what happened because what happened was wrong. And I think every single person in my family can be like, ‘That was messed up. That was a big mistake.’ But I think what’s so important to me is to learn from the mistake, not to now be shamed and punished and never given a second chance because I’m 21. I feel like I deserve a second chance to redeem myself, to show I’ve grown.”

Loughlin voiced similar regrets during her Aug. 22 sentencing hearing. Appearing in the court conference via Zoom, the actress said she was “profoundly sorry” for her actions. When addressing the judge, she forced back tears as she apologized.

“I made an awful decision. I went along with a plan to give my daughters an unfair advantage in the college admissions process and in doing so I ignored my intuition and allowed myself to be swayed from my moral compass,” she said. “I have great faith in God, and I believe in redemption and I will do everything in my power to redeem myself and use this experience as a catalyst to do good.”

The prison sentences put an end to more than a year of legal battles for Loughlin and Giannulli. The married couple initially pleaded not guilty to expanded charges of bribery brought against them last October along with 11 other parents swept up in the scandal. In May, the duo shocked many when they changed course and agreed to plead guilty as Huffman did in 2019.

In addition to the sentence, Loughlin was fired from roles on both Netflix’s “Fuller House” and Hallmark’s “When Calls the Heart” after her role in the scandal came to light in 2019.