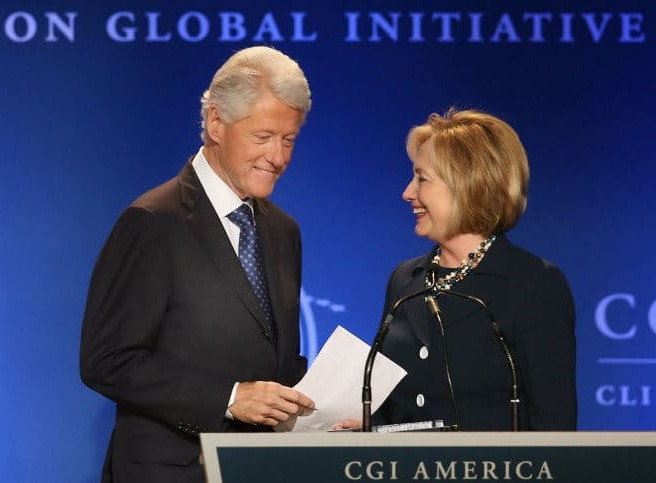 (Gateway Pundit) – In December 2018, the House Oversight Subcommittee on Government Operations held a hearing on Capitol Hill on the Clinton Foundation.

Above: Lawrence Doyle of DM Income Advisors and John Moynihan of JFM Associates testified before the congressional committee in December.

Witness John Moynihan and witness Lawrence Doyle accused the Clinton Foundation of using funding in the Clinton Health Initiative for trips and expenditures for personal use.

The witnesses told the committee they had to send their evidence to the Huber investigation THREE TIMES because the investigators kept losing it. The Huber investigative team only became interested in the evidence when they heard the two men were going before Congress.

We later found out in 2019 from Attorney General Bill Barr, who replaced Jeff Sessions, that John Huber had never even started his investigation into the Clinton Foundation.

Doyle and Moynihan are still pursuing justice and have now set up a Twitter account. Below are as series of tweets they recently released on the Clinton Foundation.

It looks like the Clinton Foundation is knee deep in the recent coronavirus crisis due to its many connections with the Gates Foundation, PEPFAR and the WHO.

Who would have guessed?

This is an interesting development.