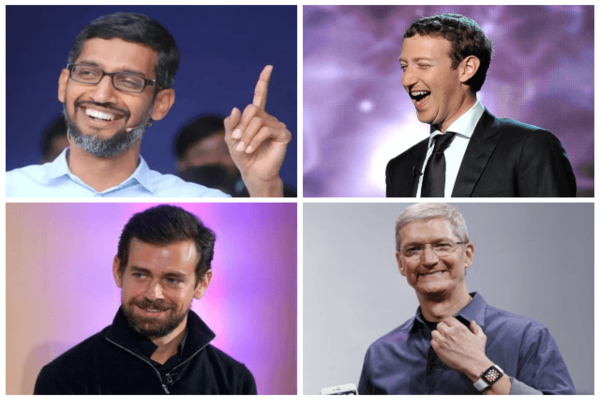 ( breitbart) – As Big Tech’s acts of political censorship and election interference continue to escalate, and Republican senators pressure the CEOs of Facebook and Twitter, Silicon Valley’s paid defenders in the world of D.C. “conservative” and “libertarian” think tanks are scrambling to defend the industry.

Their defense centers on Section 230 of the Communications Decency Act, a special legal privilege granted to tech companies in the 1990s — one not enjoyed by no other type of company — that according to current interpretations allows big tech companies to erase content on their platforms while offering little to no legal protections for the users whose content is erased.

Following the Senate Judiciary Committee hearings with the CEOs of Twitter and Facebook, Big Tech’s swamp creatures rushed to defend the tech giants.

Matthew Feeney, director of the libertarian Cato Institute, criticized Sen. Ted Cruz (R-TX) for his characterization of Section 230 as a big tech subsidy, calling it a threat to their competitors instead.

Feeney did not mention that Sen. Josh Hawley’s proposed reform to Section 230, the Ending Support for Internet Censorship Act, specifically exempts the smaller competitors from its provisions.

The Cato Institute receives funding from Google and Facebook.

Joshua Wright, a professor at George Mason University’s Global Antitrust Institute (GAI), posted a link to an article he co-authored arguing against Section 230 reform and the use of antitrust to rein in tech giants, instead urging conservatives to “recommit to the principles of limited government and free markets” (even though Section 230 is a government handout, not a “free market” invention).

The Global Antitrust Institute is funded by Google, Amazon, and Qualcomm.

The Competitive Enterprise Institute is funded by Google.

“Big government” can’t “force” tech platforms to carry less speech or more speech, said the official account of TechFreedom, a tech lobbying organization whose former president had to resign for saying it would be “poetic justice” if President Trump died from the coronavirus.

TechFreedom’s tweet is incorrect — “big government” can, in fact, force platforms to carry speech. If platforms were designated as common carriers, they would have to offer service to all who requested it, outside of highly specific and clearly defined circumstances.

TechFreedom is funded by Google and is part of Google’s public policy fellowship program.

“Reforming Section 230 will only further hinder individuals’ ability to speak freely,” said the official account of Americans for Prosperity.

Unless, of course, allowing individuals to speak freely was a condition of Section 230 — which is precisely the purpose of Republicans’ proposed reforms to it.

Americans for Prosperity is the primary advocacy group of the Koch network, which is deeply tied to Google.

The Koch network has also run ads attacking the antitrust case against Google.