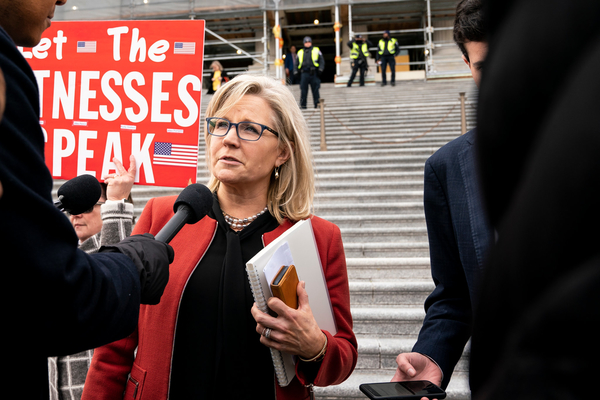 Gooden declared, “Liz Cheney has promised she will campaign on impeaching Trump ‘every day of the week.’ Good luck with that, Liz! PREDICTION: she’ll be out of her GOP leadership role by month’s end!”

Cheney’s relationship with House Republicans has reached a boiling point even as House Minority Leader Kevin McCarthy (R-CA) has been openly feuding with the Wyoming Republican.

House Minority Whip Steve Scalise (R-LA) said of Cheney, “This idea that you just disregard President Trump is not where we are, and, frankly, he has a lot to offer still.”

McCarthy told reporters last week, “If you’re sitting here at a retreat that’s focused on policy, focused on the future of making American [sic] next-century, and you’re talking about something else, you’re not being productive.”

House Republicans’ conflict with Cheney does not merely involve her vote to impeach President Donald Trump or her criticism of Trump’s platform; Cheney has criticized Republican attempts to cater to America’s working class.

Banks wrote a memo to McCarthy contending that the Republican Party should focus on issues the working class considers important, such as immigration and trade.

In his interview with Axios, Banks said that Cheney’s comments have served as a distraction from Republican leadership that is trying to unite the conference and take back the majority during the 2022 midterms.

Banks said, “That’s what we got out of Liz Cheney, which doesn’t help us remain focused on that single goal.”