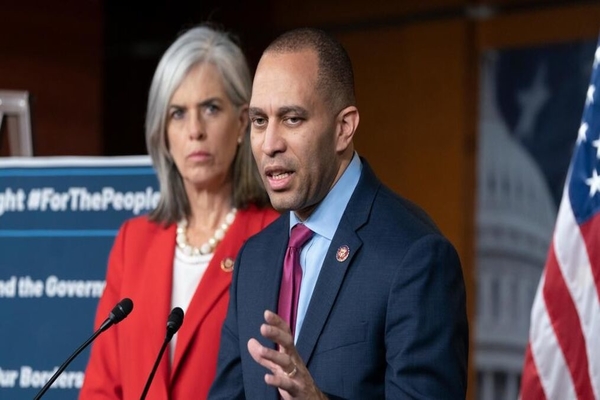 “Lock up Kyle Rittenhouse and throw away the key,” tweeted Jeffries while Rittenhouse’s trial was airing live on television.

However, Jeffries is a critic of America’s criminal justice system, and has often criticized the country for jailing too many citizens.

As recent as March 2021, Jeffries called mass incarceration a “stain on our democracy.”

Many social media users quickly pointed out the hypocrisy of Jeffries wanting Rittenhouse to be jailed.

“What changed dude?” one user questioned.

Others lambasted the congressman for commenting on a local trial that is happening outside of his congressional district.

“This is a sitting congressman commenting on a jury trial as it happens. Very disturbing,” tweeted Fox News senior editor Will Ricciardella.

Rittenhouse is on trial for the shooting of three men that happened during a 2020 Black Lives Matter riot in Kenosha, Wisconsin. He took the stand in his own trial on Wednesday.