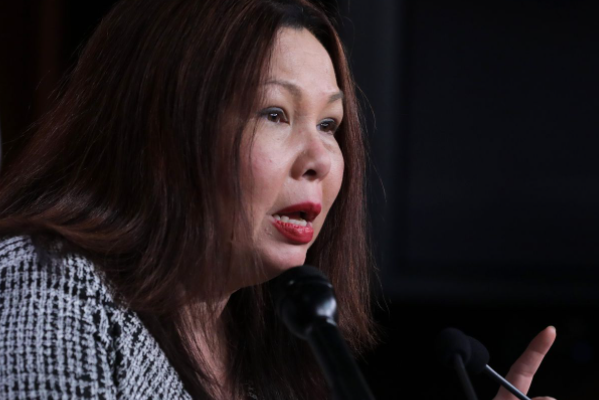 (breitbart) – According to a report, U.S. Senator Tammy Duckworth hasn’t paid any property taxes on her Illinois home since 2015.

Duckworth’s tax evasion, though, is legal, Fox News reported. The senator has apparently found a number of loopholes and tax exemptions that lowered her rate effectively to zero in property taxes.

One of the tax breaks the 53-year-old Duckworth employs concerns disabled veterans. Unlike other states, the Illinois rules are not income-based. Any disabled veteran qualifies for the tax break, no matter how wealthy they are. The Chicago Sun-Times reports that critics of the many exemptions say that the rules are applied too liberally. They add that too many people whose incomes do not justify tax breaks are still getting them.

Duckworth, of course, was severely injured in service to the country during her stint while piloting a helicopter for the Illinois Army National Guard in Iraq in 2004. Due to her status, she is one of more than 2,000 Cook County residents who are excused from paying a total of $102.8 million in property taxes that other residents have to pick up.

The Sun-Times reported that Laurence Msall, president of Chicago tax watchdog group the Civic Federation, is one critic that feels the rules need to be tightened.

“What we have done is to create all special sorts of categories – veterans, disabled people, senior citizens – and all of those exemptions administered by the county basically undermine the integrity of the property tax system,” Msall said.

“We grant people relief regardless of their income situation, and the rest of the community has to pay more,” Msall continued. “It’s unfair, it’s very hard to monitor, and it’s hard to authenticate who’s getting the value. Is it the needy people, or is it a large giveaway?” he added.

Sen. Duckworth refused to comment when the Timescontacted her to comment on the story. However, through a spokesman, Duckworth said she “has always believed that everyone should pay their fair share in taxes and that those who served this nation in uniform deserve and should claim the benefits they earned.”