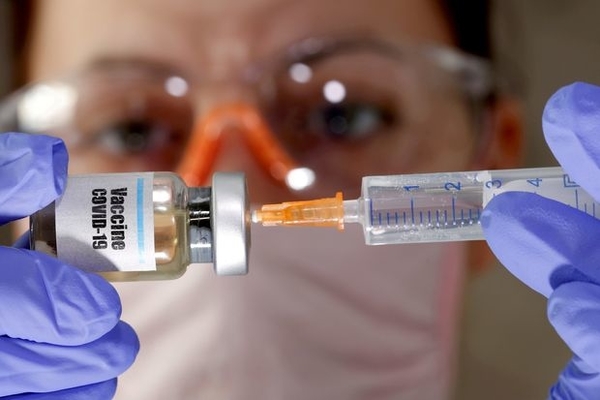 (breitbart) – A top adviser to Joe Biden on the coronavirus pandemic said Monday a vaccine “education program” is needed because so many Americans are skeptical about the treatment.

Dr. Michael Osterholm, a member of Biden’s coronavirus advisory board, told MSNBC that more needs to be done to get Americans to take the COVID-19 immunization.

Osterholm said, “a very active and comprehensive education program” is required “to help people understand why these vaccines are safe and effective.”

He said Operation Warp Speed, the Trump administration’s initiative to bring a coronavirus vaccine to market, has not done any work to “help the public become comfortable with these vaccines.”

Osterholm cited data that said rates of black Americans and other minority populations claiming they will not take the vaccine is as high as 75 percent.

But Democrats, including the politician Osterholm is advising, spent months maligning the vaccines and linking their safety to personal attitudes about Trump.

“I trust vaccines, I trust the scientists, but I don’t trust Donald Trump,” Biden said in September, Politico reported.

“What criteria will be used to ensure that a vaccine meets the scientific standard of safety and effectiveness?” he asked.

“Second, if the administration greenlights a vaccine, who will validate that the decision was driven by science rather than politics? What group of scientists will that be? Thirdly, how can we be sure that the distribution of the vaccine will take place safely, cost free, and without a hint of favoritism?” Biden speculated.

“If all the protocols had been followed and the evidence is in, of course, I’d follow science. It doesn’t matter when it happens,” Washington Gov. Jay Inslee (D) said that month, according to ABC News.

“But I would have to look at the science, not Donald Trump. There isn’t one single thing I would ever trust from Donald Trump to be true.”

As Democrats politicized the vaccine, there was a decline in members of their party wanting the treatment.

“Between July and November, Democrats’ desire to get vaccinated for COVID-19 dropped from 60 percent to 43 percent,” YouGov reported.

A poll from late September found 62 percent of respondents said they would take a first-generation vaccine if their doctor said it was safe, according to Axios.

According to the Axios-Ipsos poll, “trust” in Trump fell in the weeks before the election to just 27 percent. Forty-seven percent said they trusted Biden on the pandemic.