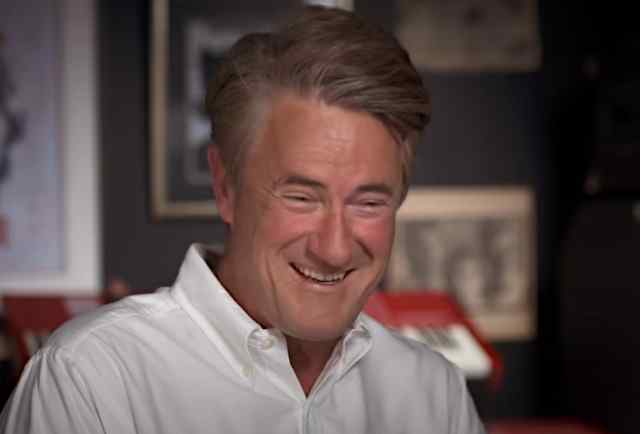 Liberal media was quick to blast him for peddling a “conspiracy,” but during an appearance on Imus in the Morning in 2003, the host and Scarborough joked about having an affair with his intern and having to kill her.

The audio had seemingly been scrubbed from the internet, but a record of it was found on Democrats.com.

Video of that “joke” has now been uncovered.

During the call between the radio host and Scarborough, Imus says that he asked him when he went into Congress and the then-representative said that “you said you had sex with an intern and then you had to kill her.”

“Exactly,” Scarborough responded with a laugh.

“What are you gonna do?” Scarborough continued to joke.

Theories and questions have long swirled about the death of Lori Klausutis, a young woman who worked and died in then-Representative Scarborough’s congressional office in 2001.

The 28-year-old intern’s death was ruled accidental, stemming from an “undiagnosed cardiac arrhythmia” which caused her “breathing to stop.” They determined that she fell and hit her head on an office desk, fracturing her skull, and died.

Many have long doubted this account, however, as she was a marathon runner who had recently run an 8K race and belonged to the Northwest Florida Track Club. Additionally, the medical examiner who worked on the case lost his license in two states, Missouri and Florida, for lying about autopsy work. He was arrested in 2012 for storing human body parts in a commercial storage unit.

In an early morning tweet on May 4, President Trump called for “Concast” to open up a “long overdue Florida Cold Case against Psycho Joe Scarborough,” using the hashtag #OPENJOECOLDCASE.

Scarborough served as a congressman in Florida’s 1st District from 1995 – 2001. He resigned five months into his fourth term in September 2001, two months after Klausutis was found dead on the floor of his office. His office said at the time that he was resigning “in order to spend more time with his children.”