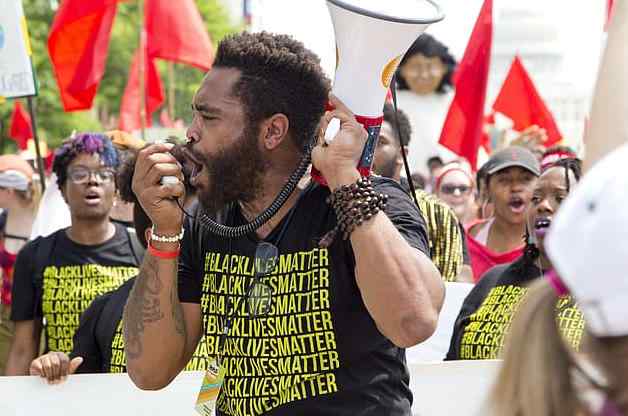 (Gateway Pundit) – The Black Lives Matter (BLM) movement is pushing a movement to “defund the police” — the group reportedly plans to develop an armed branch of “peace officers” to patrol cities.

“We prepare to stop these murders by any means necessary,” Newsome said, echoing a call to violence first uttered by Malcolm X.

“We are preparing and training our people to defend our communities.”

Newsome said he attended a conference in Los Angeles in which BLM officials laid out a plan called “Black Opts.” “We have black Special Forces officers advising us, and we will teach and train people in our communities, the Black Opts department of Black Opportunities,” Newsome said.

On Saturday, protesters painted “defund the police” on the street near the White House, next to an official city street mural reading, “Black Lives Matter.”

D.C. Mayor Muriel Bowser on Friday had “Black Lives Matter” painted on the street that leads to the White House, near the site where protesters have been demonstrating following George Floyd’s death at the hands of a Minneapolis police officer on Memorial Day.

“There are people who are craving to be heard and to be seen and to have their humanity recognized, and we had the opportunity to send that message loud and clear on a very important street in our city,” Bowser said at a press conference. “And it is that message, and that message is to the American people, that Black Lives Matter black humanity matters, and we as a city raise that up as part of our values as a city.”