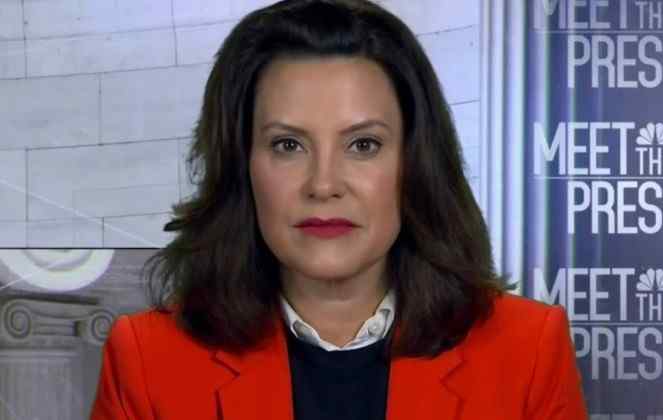 (Breitbart) – In an embarrassing reversal, Michigan Gov. Gretchen Whitmer (D) has asked the federal government for anti-malaria medication that may help treat the Chinese coronavirus after effectively banning doctors in the state from proscribing it to patients suffering from the deadly illness.

The Michigan Department of Licensing and Regulatory Affairs (LARA) recently threatened doctors with “administrative action” if they prescribed Chloroquine and Hydroxychloroquine to treat the coronavirus.

“Prescribing hydroxychloroquine or chloroquine without further proof of efficacy for treating COVID-19 or with the intent to stockpile the drug may create a shortage for patients with lupus, rheumatoid arthritis, or other ailments for which chloroquine and hydroxychloroquine are proven treatments,” read the letter. “… Again, these are drugs that have not been proven scientifically or medically to treat COVID-19.”

However, Michigan officials have since scrubbed the threat from the letter and now seek the drugs from the Trump administration, according to Bridge magazine.

During a Monday press conference, Whitmer appeared to change her tune, stating she wants Michigan to be “nimble” with respect to its efforts combating the pandemic.

“We want to ensure that doctors have the ability to prescribe these medicines,” the governor said. “We also want to make sure that the people who have prescriptions that predated COVID-19 have access to the medication they need. And so all of the work that we’ve done is trying to strike that balance.”

Last week, the Food and Drug Administration (FDA) approved emergency use of Chloroquine and Hydroxychloroquine as a possible coronavirus treatment, concluding that the potential benefits outweigh the risks.

“Based on the totality of scientific evidence available to FDA, it is reasonable to believe that chloroquine phosphate and hydroxychloroquine sulfate may be effective in treating COVID-19,” FDA Chief Scientist Denise Hinton wrote in the approval letter.

President Donald Trump has repeatedly touted the anti-malaria drugs as a possible treatment for the illness.

Whitmer’s about-face comes after she claimed, without evidence, that vendors were being told not to supply medical equipment to Michigan after Trump criticized her handling of the outbreak in her state.

“When the federal government told us that we needed to go it ourself, we started procuring every item we get our hands-on. But what I’ve gotten back is that vendors with whom we’ve procured contracts are now being told not to send stuff here to Michigan. It’s really concerning,” she told WWJ News Radio on Friday.

Trump has directed criticism of his own at Witmer, seemingly calling the Michigan governor a half-wit, who “doesn’t have a clue” about handling the crisis. “I love Michigan, one of the reasons we are doing such a GREAT job for them during this horrible Pandemic. Yet your Governor, Gretchen “Half” Whitmer is way in over her head, she doesn’t have a clue. Likes blaming everyone for her own ineptitude!” the president tweeted.

Since Whitmer’s comments, the Trump administration has shipped 400 ventilators to her state.

“I just spoke with governor of Michigan, had a great conversation and we sent a large number of ventilators to Michigan,” the president confirmed reporters at his daily White House task force briefing.

As of Tuesday evening, Michigan has 7,615 confirmed coronavirus cases and 259 deaths.