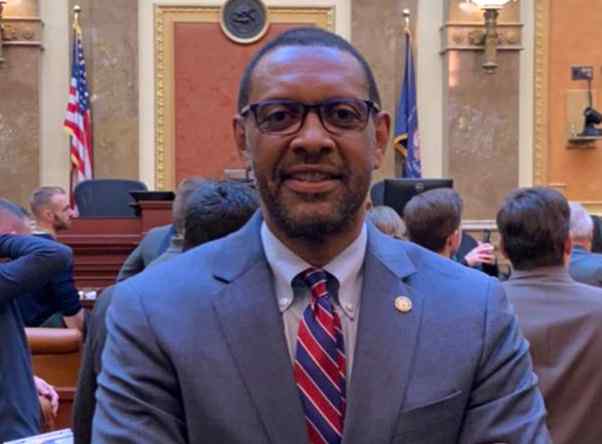 Jones endorsed Trump on Tuesday, praising the president for the economy, criminal justice reform, and his support for historically black colleges.

Speaking to The Atlanta Journal-Constitution, Jones said that he has no plan to switch parties he just thinks Trump is doing a good job on certain issues.

“It’s very simple to me. President Trump’s handling of the economy, his support for historically black colleges and his criminal justice initiatives drew me to endorse his campaign,” Jones said.

“This is not about switching parties. There are a lot of African Americans who clearly see and appreciate he’s doing something that’s never been done before,” Jones added. “When you look at the unemployment rates among black Americans before the pandemic, they were at historic lows. That’s just a fact.”

Jones was especially pleased with the First Step Act and President Trump granting clemency to Alice Marie Johnson, after being lobbied to release her by Kim Kardashian.

“A generation of African American families have been devastated by draconian policies that Joe Biden supported and voted for when he served in the U.S. Senate,” Jones said in a statement to CBS 46. “A change was needed and President Trump took action.”

The chairwoman of Georgia’s Democratic Party, Nikema Williams, is outraged about the endorsement and called Jones an “embarrassment.”

“Never has that been clearer than this moment, when he chose to stand with the racist president who has made an all-out assault on Black Americans, who has tried to rip away American health care, and who has failed our country in its greatest time of need during the most important election in our lifetimes,” Williams said in a statement. “Vernon Jones doesn’t speak for Georgians, and neither does Donald Trump — which is why Georgians will send him home in November 2020.”

Jones described himself in 2008 as an “independent thinker and a conservative Democrat who supports faith-based initiatives, tough immigration laws and fiscal responsibility.”