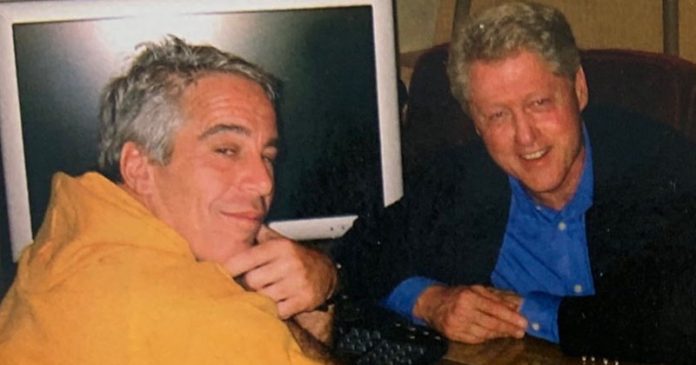 (Gateway Pundit) – You just can’t make this up!

Prosecutors say the surveillance footage outside of Jeffrey Epstein’s prison cell is missing from the night of his death.

Noted pedophile of the rich and powerful Jeffrey Epstein was found dead in his prison cell in Manhattan in August.

One of the cameras outside of Epstein’s prison cell where the convicted pedophile died earlier this month captured footage that is unusable, according to SF Gate.

It is unclear why the footage is unusable, however it is adding to the list of inconsistencies and strange coincidences surrounding Epstein’s death while in federal custody at the Metropolitan Correctional Center in Manhattan.

The 66-year-old financier and convicted pedophile was found dead in his prison cell on a Saturday morning and the medical examiner ruled his death a suicide by hanging.

Epstein was found hanging in his cell from his bunk bed with a prison bedsheet wrapped around his head.

Epstein, who is 6 feet tall, reportedly secured the bedsheet on the bunk bed and wrapped the sheet around his neck.

Now prosecutors say the surveillance footage from outside of Epstein’s prison cell the night of his death is missing.

Surveillance footage of the outside of Jeffrey Epstein’s cell at the troubled Metropolitan Correctional Center during his suicide attempt has gone missing, prosecutors revealed Wednesday. Assistant U.S. Attorney Jason Swergold admitted nobody can find the footage of the outside of the cell the multimillionaire perv shared with accused quadruple murderer Nick Tartaglione during a hearing in White Plains District Court. Tartaglione, a former Briarcliff Manor cop, faces the death penalty for the alleged murders in a drug deal gone bad. A spokesman for the Manhattan U.S. Attorney’s Office and Bruce Barket, an attorney for Tartaglione, confirmed the stunning revelation that the footage was not preserved.