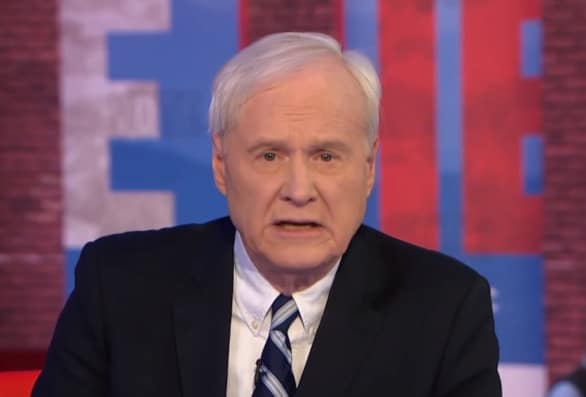 (Gateway Pundit) – The Democrats and Democrat-Socialists held a debate last night in New Hampshire following their disastrous caucus in the state of Iowa.

Following the debate Chris Matthews went off on the hardcore Socialist wing of the party.

Chris Matthews: The issue of this campaign is that word socialism. Some people like it. Younger people like it. Those of us like me, who grew up in a cold war and saw some aspects of it while visiting places like Vietnam, like I have, and seeing countries like Cuba, being there.

I’m seeing what socialism’s like. I don’t like it. OK? It’s not only not free. It doesn’t freakin’ work!

Matthews will no doubt be forced to make a public apology by Monday.