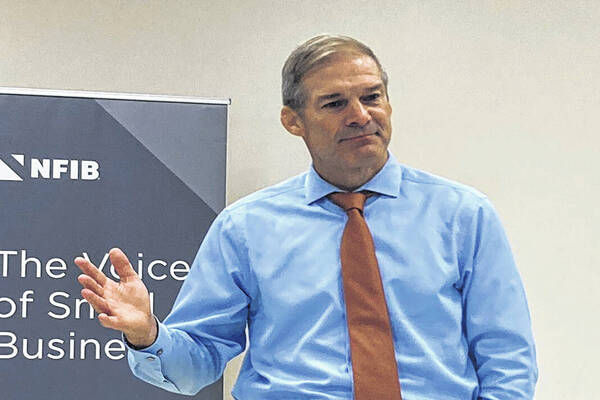 The letters to each of the officials were nearly the same; however, the one to Klain included a response to the White House’s correspondence on December 29, obtained by Breitbart News, that it would not comply with Jordan’s requests while he was not chairman.

“The Biden White House provided a perfunctory letter that discounted Congress’s constitutional oversight authorities, failed to produce any documents or information requested, and declined to address any matters of substance,” Jordan wrote.

Jordan, while serving as ranking member of the committee, had contacted Klain on November 18 demanding information about “the Biden administration’s use of federal law enforcement with respect to school board-related threats,” a topic Jordan has been pursuing for well over a year in response to an FBI whistleblower allegation on the matter.

White House special counsel Richard Sauber responded by rejecting Jordan’s demands, citing legal precedent and countering that “typically … Congress has not delegated such authority to individual members of Congress who are not committee chairmen.” Sauber added the White House would respond in “good faith” to any future requests Jordan made once Republicans took control of the committee in January.

Jordan, in his response on Tuesday, contended Sauber’s letter contained “constitutional and legal fallacies” and noted the White House could have voluntarily complied with Jordan’s requests in any case.

The chairman also lambasted the White House for purportedly leaking Sauber’s letter to Politico and the timing of said leak.

The White House sent Sauber’s letter to Jordan at 4:34 a.m. on December 29. Politico published a story about the letter 26 minutes later, at 5:00 a.m., and reached out to the Judiciary Committee for comment on it after the story was published, per a statement the committee made at the time.

That chain of events “severely undercut[s]” the White House’s pledge to work in “good faith” with the committee, Jordan wrote.

The letters to Klain and the other officials are linked below:

The Judiciary Committee, led by Republicans for the first time in four years, is expected to conduct a number of high-profile investigations into alleged politicization of the Justice Department, the border crisis, big tech censorship practices, and more.

The committee will also house the Select Subcommittee on the Weaponization of the Federal Government, a panel with a high budget and far-reaching authority that Republicans created last week to investigate alleged civil liberties violations by government agencies. A number of Jordan’s investigations are likely to run through this subcommittee, of which Jordan will also serve as chair.

The combative back-and-forth with the White House as Jordan and committee Republicans begin their work signals a possible rocky road ahead, especially as they delve into possible government abuses and missteps.

The new subcommittee, in particular, will have Intel Committee-level access and seek to investigate the Biden administration’s handling of criminal investigations, to which the administration is almost certain to put up objections.

In addition to his requests to Klain on November 18, Jordan had sent requests to the other aforementioned officials in November effectively previewing his plans to probe their respective agencies and requesting various relevant communications and documents.

Noting these requests had not been satisfied, Jordan’s correspondence to the officials on Tuesday served as a renewal of the requests, this time from chairman Jordan rather than ranking member Jordan. The Ohio Republican asked that the requests be fulfilled “immediately” and said he would “resort to compulsory process,” i.e., subpoenas, should the officials not comply.

“This stonewalling must stop,” Jordan warned.

The Judiciary Committee’s first public hearing will likely occur in February, once committee membership and rules have been set.

Republicans decided on their members Monday, but Democrats have not yet chosen their members. The Weaponization of the Federal Government Subcommittee’s membership is expected in the coming few days.