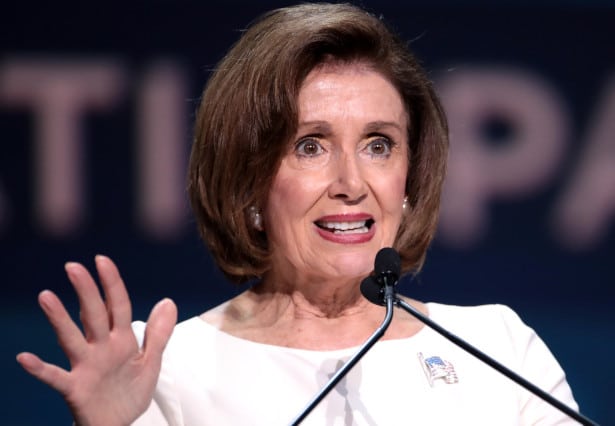 (Breitbart) – CLAIM: Trump’s lawyers argued he has a right to abuse his power as much as he wants, which is also what he said.

VERDICT: FALSE. The statement misquotes Trump’s lawyers and repeats a misquote of the president.

Speaker of the House Nancy Pelosi (D-CA) reacted Tuesday morning to the arguments President Donald Trump’s lawyers put forth in the Senate the day before by lying about what they said, and what Trump said.

The statement is so egregiously false, and so brazen in its re-use of a debunked claim about what Trump said about his Article II powers under the Constitution, that it qualifies to be called a “lie” and not a simple error.

At no point did President Trump’s legal team ever argue that a president can abuse his power. Harvard Law School professor emeritus Alan Dershowitz did argue that presidents cannot be impeached and removed for “abuse of power” alone — that there must also be an allegation of “criminal-like conduct.” But at no point did he, or any other member of the president’s legal team, make the argument Pelosi falsely claimed they did.

Second, as numerous fact checks have claimed, Trump never said that Article II of the Constitution — which describes the powers of the president — gave him the power to do whatever he wanted. Pelosi has used this misquote before, and it was shamelessly recycled by House impeachment managers in the Senate last week.

The president was specifically talking about his power to hire and fire executive officials. The context was Special Counsel Robert Mueller’s investigation of “Russia collusion.” Trump’s point was that he had allowed Mueller, with a team of anti-Trump Democrats, to investigate him, even though he could have fired Mueller.

The sad truth is that some of Pelosi’s followers will believe her claims, and the mainstream media will not call her out for confusing the public. It is precisely lies like hers that have led the country to this juncture.