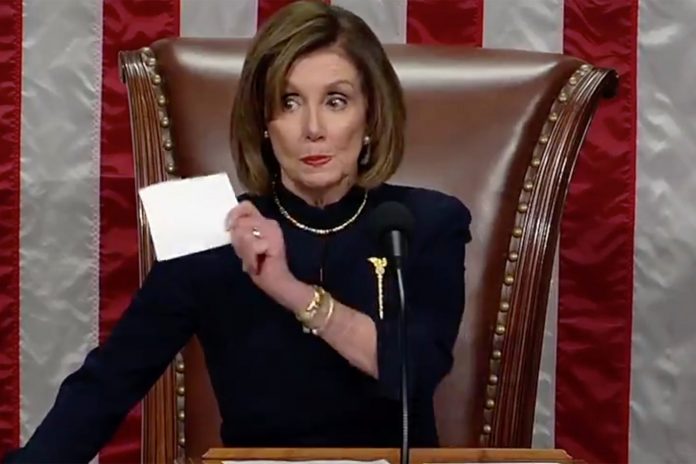 Good luck with that, Nancy!

Pelosi made the announcement on Thursday morning during her weekly briefing.

The Government Accountability Office issued a legal opinion on Thursday saying the Trump Administration did not give US tax-payer dollars to corrupt Ukraine fast enough.

The GAO just happened to release their report on Thursday morning to help Democrats and Nancy Pelosi.

The Government Accountability Office issued a legal opinion on Thursday saying that President Trump’s administration broke the law by withholding defense aid to Ukraine — the issue at the heart of the president’s impeachment trial. That money — $214 million which had been allocated to the Department of Defense for security assistance — was appropriated by Congress and therefore the administration did not have the right to hold the money just back because it disagreed with its allocation, the opinion from the nonpartisan government watchdog said. “Faithful execution of the law does not permit the President to substitute his own policy priorities for those that Congress has enacted into law,” the opinion said. “OMB withheld funds for a policy reason … not a programmatic delay. Therefore, we conclude that the OMB violated the ICA [Impoundment Control Act].”