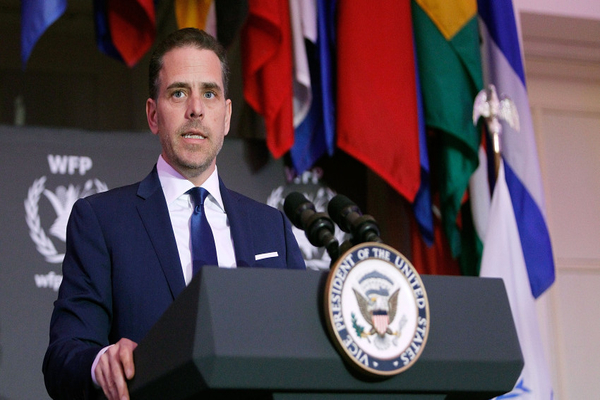 (breitbart) – A 2017 email published by NBC News revealed Hunter Biden reportedly did not disclose $400,000 in income from Ukrainian energy firm Burisma in 2014 and was advised to do so.

Hunter Biden’s former business partner sent him an email in 2017 saying he did not disclose on his tax returns $400,000 in income from the Ukrainian natural gas company where he sat on the board, according to a copy of the email obtained by NBC News.

The message from Eric Schwerin, then president of Rosemont Seneca Partners, says Hunter Biden would need to “amend” his 2014 returns to reflect the “unreported” income, according to the copy of the email.

“In 2014 you joined the Burisma board and we still need to amend your 2014 returns to reflect the unreported Burisma income,” the email, dated January 16, 2017, said.

Hunter Biden is the subject of a federal investigation into his taxes, Breitbart News said this week.

The Biden-Harris “transition” published a statement on Hunter’s behalf:

“I learned yesterday for the first time that the U.S. Attorney’s Office in Delaware advised my legal counsel, also yesterday, that they are investigating my tax affairs,” Hunter Biden said.

“I take this matter very seriously but I am confident that a professional and objective review of these matters will demonstrate that I handled my affairs legally and appropriately, including with the benefit of professional tax advisors.”

The Biden-Harris Transition said Biden is “deeply proud of his son.”

On Friday, Joe Biden was asked if Hunter committed “a crime”:

C-SPAN
“Have you spoken to your son, Mr. President-elect?” Fox News’s Peter Doocy shouted as an announcement event concluded.

“I’m proud of my son,” Biden responded as he quickly left.

Biden did not respond to another question about “an investigation.”